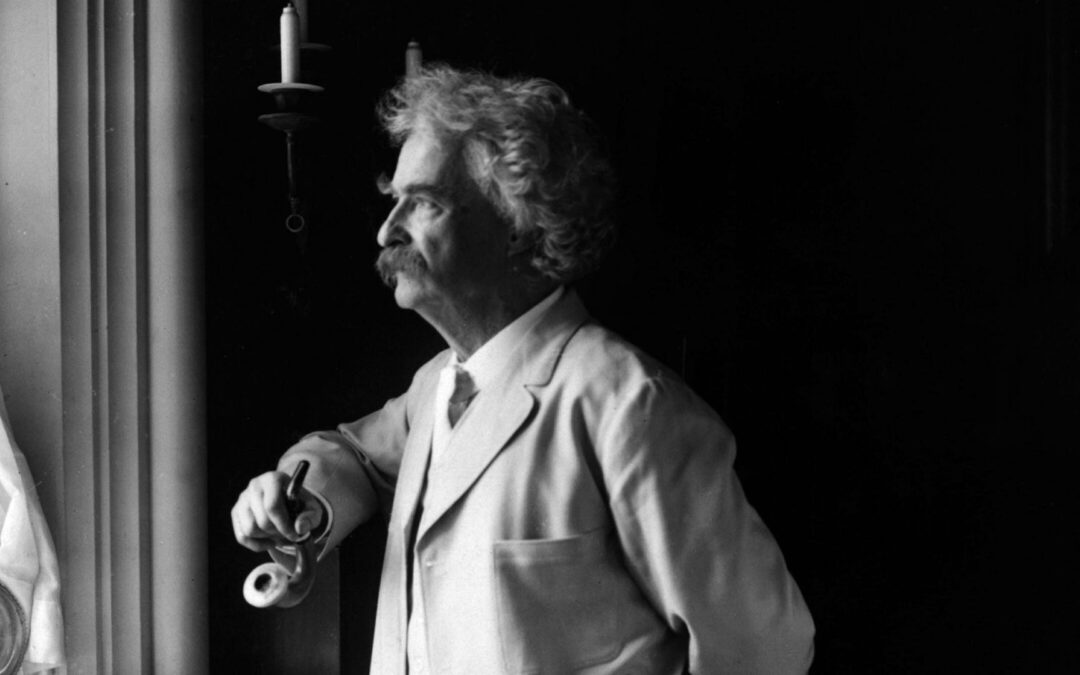 Besides being an eminent author, Mark Twain was also a talented speaker, who told stories to audiences with the same shrewd humor he showed in his fiction. On one occasion, Twain related a personal anecdote about stage fright. It seems he was attending his daughter’s first singing performance, when the audience cajoled him into speaking. With no prepared speech in mind, Twain gave an impromptu talk about the steps he took to ensure success during his own first appearance on stage. Here is a portion of that talk:

I had got a number of friends of mine, stalwart men, to sprinkle themselves through the audience armed with big clubs. Every time I said anything they could possibly guess l intended to be funny, they were to pound those clubs on the floor. Then there was a kind lady in a box up there, also a good friend of mine, the wife of the governor. She was to watch me intently, and whenever I glanced toward her she was going to deliver a gubernatorial laugh that would lead the whole audience into applause.

At last I began. I had the manuscript tucked under a United States flag in front of me where I could get at it in case of need. But I managed to get started without it. I walked up and down—I was young in those days and needed the exercise—and talked and talked.

Right in the middle of the speech I had placed a gem. I had put in a moving, pathetic part which was to get at the hearts and souls of my hearers. When I delivered it, they did just what I hoped and expected. They sat silent and awed. I had touched them. Then I happened to look up at the box where the governor’s wife was—you know what happened.

Well, after the first agonizing five minutes, my stage fright left me, never to return… But I shall never forget my feelings before the agony left me, and I got up here to thank you for helping my daughter, by your kindness, to live through her first appearance. And I want to thank you for your appreciation of her singing, which is, by the way, hereditary.

Sorry! This part of content is hidden behind this box because it requires a higher contribution level ($1) at Patreon. Why not take this chance to increase your contribution?