Do You Know | Alexander the Great 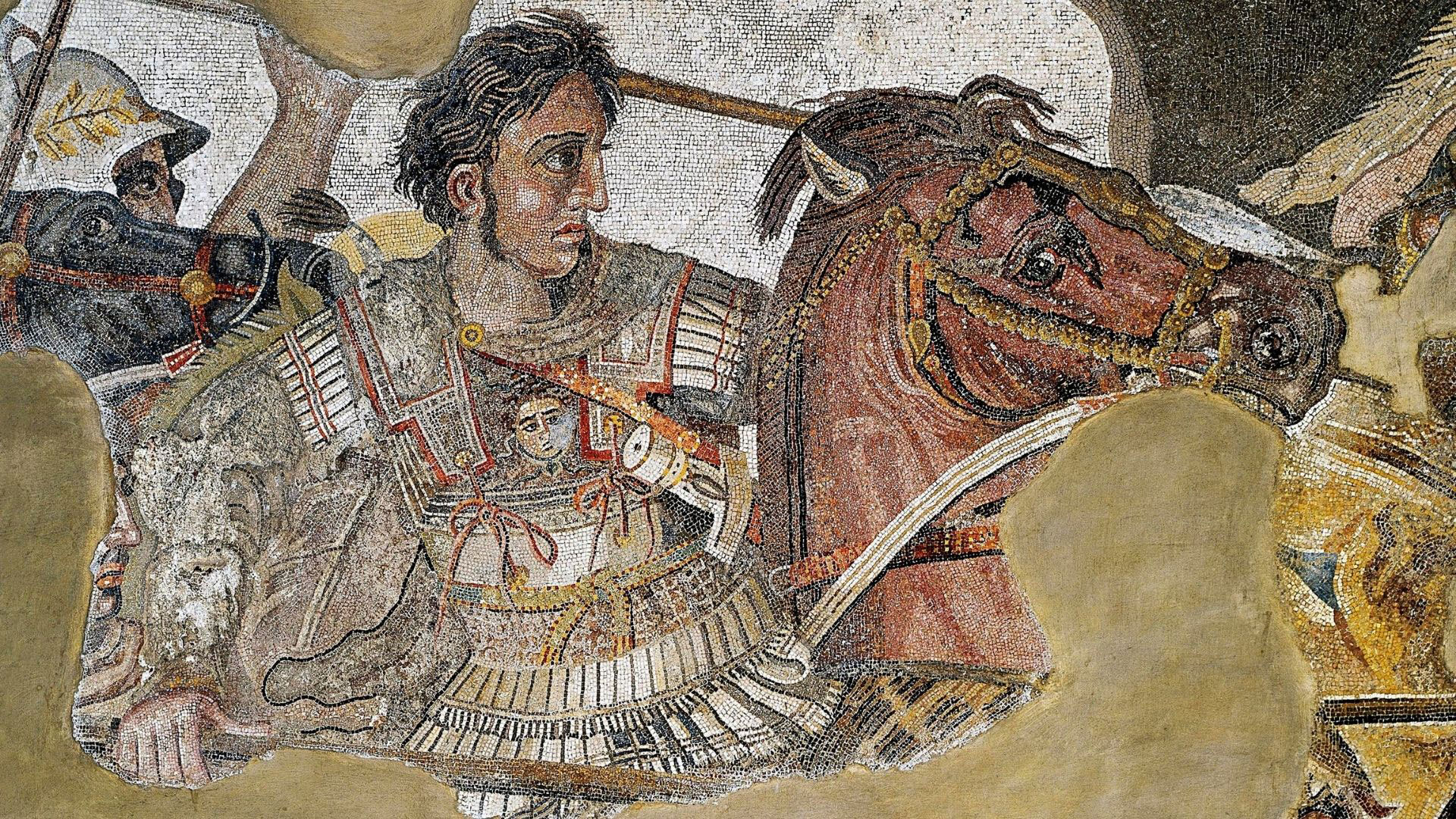 Do You Know | Alexander the Great

Practice your listening, learn about Alexander the Great, and learn some keywords as well in this new Listening Plus episode from English Plus Podcast.

Episode 270 Do You Know Alexander the Great

He was a king, a commander, and a conqueror. Alexander the Great was so powerful some people called him a god. He was one of the greatest generals in history, and he built a vast empire that extended from the Mediterranean Sea to India.

Alexander was born in Macedonia in 356 B.C. His father, King Philip II of Macedonia, hired the famous Greek philosopher Aristotle to tutor young Alexander. In the summer of 336 B.C., Philip was murdered by one of his bodyguards. Alexander then became king.

Many people in Macedonia plotted against the young king, but Alexander was shrewd. He quickly ordered the execution of all the conspirators. At the same time, some Greek cities ruled by Macedonia rebelled and others threatened to seek independence. Alexander crushed the rebellions and restored Macedonian rule.

Next, in 334 B.C., Alexander turned his attention toward the Persian Empire (now Iran) in southwest Asia. Alexander led Macedonian and Greek soldiers to attack Darius III, Persia’s king. Their armies met at Issus in Syria in 333 B.C. and fought a fierce battle. Alexander won, and Darius fled.

Alexander then led his soldiers south, into Egypt. Alexander seized power from the pharaoh, who ruled Egypt on behalf of the Persians. The grateful Egyptians saw Alexander as a person who freed them, and they crowned him pharaoh. At the mouth of the Nile River in northern Egypt, Alexander founded a new city. He named the city Alexandria, and it became a famous center of learning.

In 331 B.C., Alexander led his troops back north into Persia. King Darius was eager for revenge. Alexander and Darius fought another great battle, this time at Gaugamela. Once again, Alexander won. The battle at Gaugamela ended centuries of Persian rule in Asia.

Alexander then turned south and conquered other important Persian cities. At Persepolis, he burned down Darius’s palace to show he had conquered the Persian Empire. In 330 B.C., Alexander went north to find Darius again. This time, Darius was killed by his own men as he fled.

Alexander was a military genius and a great explorer. But he also had a grand ambition. He wanted to rule a world empire where people could live in peace with one another. From 330 to 327 B.C., Alexander led his soldiers east, through Afghanistan and into Central Asia. As he travelled, he built more cities. He recruited soldiers, merchants, and scholars from many lands to settle there.

In 326 B.C., Alexander turned south, into India. But by then his men were tired and weak. They were far from home in an unknown land. The soldiers rebelled and refused to go farther. Reluctantly, Alexander turned back. By 323 B.C., he reached Babylon in Iraq. While there he caught a fever and died at the age of 33. His empire was divided among his generals.

If you say that something, usually something large, extends for a particular distance or extends from one place to another, you are indicating its size or position.

If an event or activity extends over a period of time, it continues for that time.

If something extends to a group of people, things, or activities, it includes or affects them.

If someone tutors a person or a subject, they teach that person or subject.

A tutor is someone who gives private lessons to one pupil or a very small group of pupils.

If people plot to do something or plot something that is illegal or wrong, they plan secretly to do it.

A plot is a secret plan by a group of people to do something that is illegal or wrong, usually against a person or a government.

When people plot a strategy or a course of action, they carefully plan each step of it.

A shrewd person is able to understand and judge a situation quickly and to use this understanding to their own advantage.

the carrying out or undergoing of a sentence of death

the manner of doing or producing something, as of performing a piece of music or a role in a play

conspiracy is the secret planning by a group of people to do something illegal.

A conspiracy is an agreement between a group of people which other people think is wrong or is likely to be harmful.

If there is a conspiracy of silence about something, people who know about it have agreed that they will not talk publicly about it, although it would probably be a good thing if people in general knew about it.

A conspirator is a person who joins a conspiracy.

rebels are people who are fighting against their own country’s army in order to change the political system there.

Politicians who oppose some of their own party’s policies can be referred to as rebels.

If politicians rebel against one of their own party’s policies, they show that they oppose it.

fierce feelings or actions are very intense or enthusiastic or involve great activity.

A fierce animal or person is very aggressive or angry.

If you flee from something or someone, or flee a person or thing, you escape from them.

to run away or escape from danger, pursuit, unpleasantness, etc.

to pass away swiftly; vanish

A scholar is a person who studies an academic subject and knows a lot about it.

You can use the word scholar to refer to someone who learns things at school in a particular way. For example, if someone is a good scholar, they are good at learning things.

A scholar is a student who has obtained a scholarship.

If you recruit people for an organization, you select them and persuade them to join it or work for it.

A recruit is a person who has recently joined an organization or an army.

to enlist (someone) for military service