Word Power | Hole in the Sky 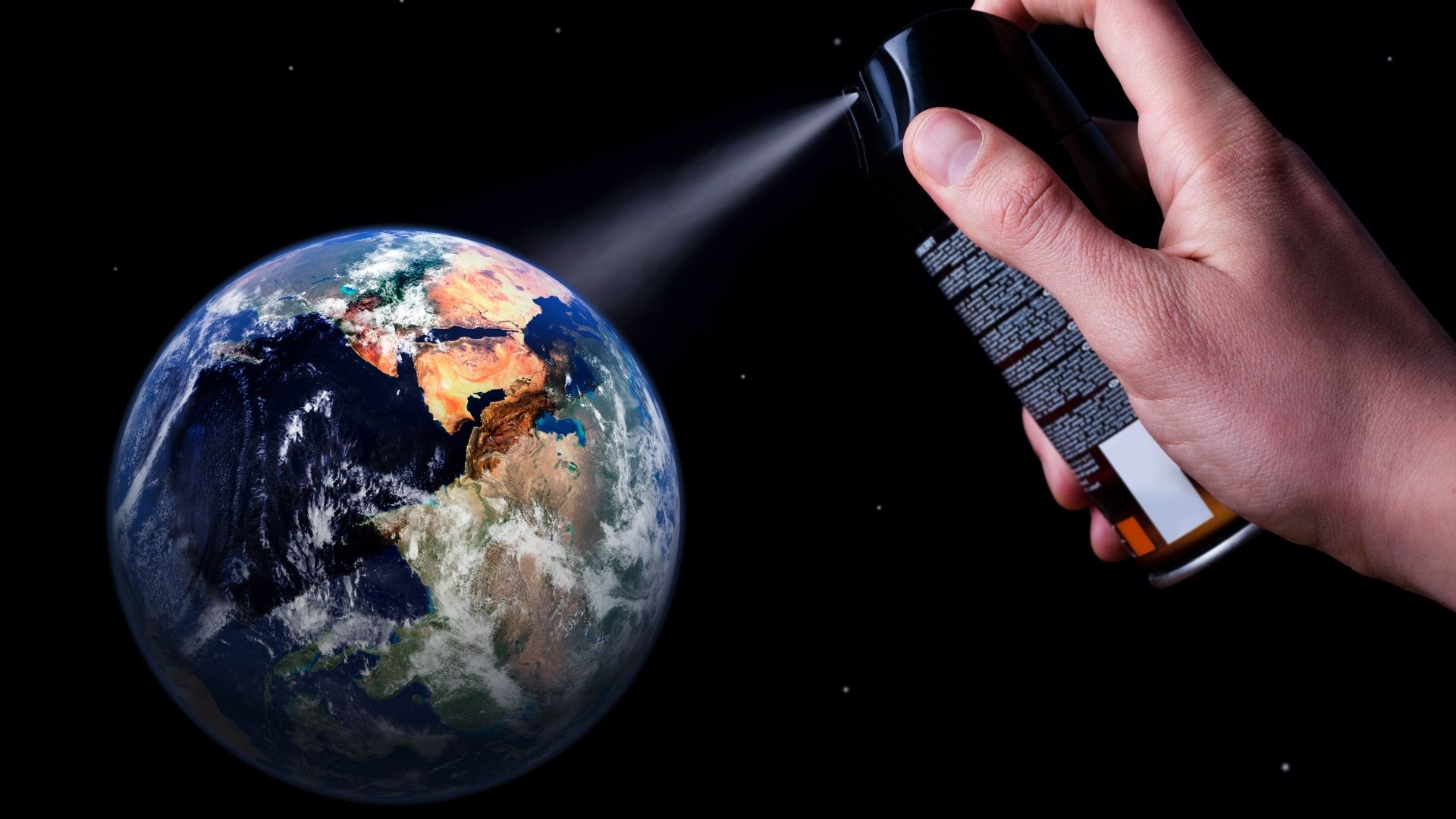 What Will You Learn in This Episode?

You will learn the words, equator, era, forswear, infiltrate, irreversible, meteorological, penetrate, precise, synthetic, and thaw in the context of a story about the ozone layer, A Hole in the Sky. Learn about this hole in the sky and learn ten new words in context in a new Word Power episode from English Plus Podcast.

Hole in the Sky

Millions of years ago, the earth experienced a catastrophe that resulted in massive global cooling. Eventually, all the earth’s water froze. This era is known as the Ice Age. Scientists believe that a meteor struck the earth with such force that it sent a great cloud of dust into the earth’s atmosphere, effectively blocking the sun’s light and heat. This in turn caused the earth’s temperature to drop low enough to cause global freezing. After many years, the dust cleared from the atmosphere. Once again, the sun’s warmth was able to penetrate the clouds. The ice melted, except at the earth’s two poles- areas too far from the sun to experience temperatures high enough to cause thawing.

The climate of the earth is precisely balanced to support a variety of life forms that depend on a range of temperatures. These temperatures range from extremely cold at the poles to extremely hot near the center of the earth at the equator. The layers of the earth’s atmosphere act as a filter to allow only as much sunlight as needed to maintain this balance. Unfortunately, the growth of fuel-b urning industries and an increase in previously unknown synthetic compounds have altered this filter.

The layer of the atmosphere that screens excessive sunlight is the ozone layer. Ozone is a compound made up of three oxygen molecules. It tends to break down when it is attacked by chlorine, a chemical released by the propellants in aerosol sprays and coolants in air-conditioning units. Widespread use of aerosol sprays and air conditioning has already caused irreversible damage to the ozone layer.

Over the South Pole, scientists have found a reduction in the amount of atmospheric ozone. This hole in the earth’s natural filter allows more sunlight to infiltrate the atmosphere. This in turn affects the global climate. The resulting warming is suspected to be the cause of numerous incidents, from the melting of the polar ice caps to an increase in tropical storms. These and other meteorological events all threaten to disturb the balance the earth’s climate must maintain. If this balance is disrupted, life forms all over the planet will be affected.

Numerous scientific and environmental groups have asked that people forswear the use of aerosol sprays and certain coolants in the hopes of halting the dangerous loss of ozone in our atmosphere.

Unlock the Meaning of the New Words

You can refer to a period of history or a long period of time as an era when you want to draw attention to a particular feature or quality that it has.

If something or someone penetrates a physical object or an area, they succeed in getting into it or passing through it.

enter, go through, pass through, infiltrate

When ice, snow, or something else that is frozen thaws, it melts.

Something that is precise is exact and accurate in all its details.

The equator is an imaginary line around the middle of the Earth at an equal distance from the North Pole and the South Pole.

Synthetic products are made from chemicals or artificial substances rather than from natural ones.

If a change is irreversible, things cannot be changed back to the way they were before.

To infiltrate is to move slowly into a substance, place, system, or organization

meteorological means relating to meteorology, which means the study of the processes in the Earth’s atmosphere that cause particular weather conditions, especially in order to predict the weather.

If you forswear something, you promise that you will stop doing it, having it, or using it.