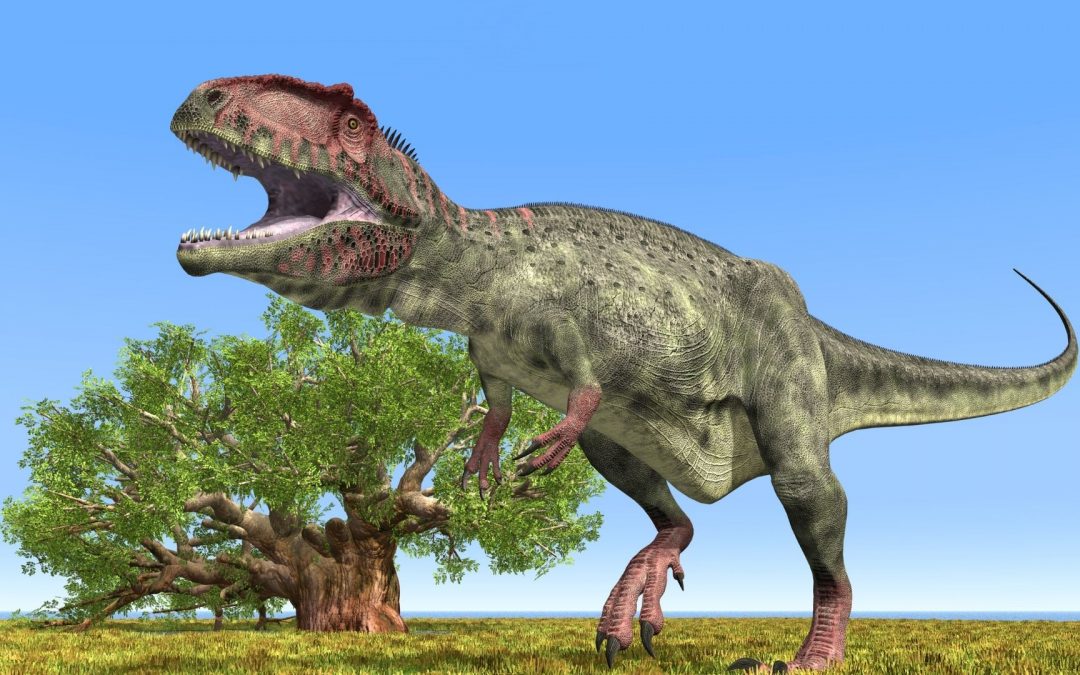 For many years, paleontologists thought that the Tyrannosaurus rex was the largest meat-eating dinosaur ever to roam the earth. In 1995, however, an auto mechanic and amateur scientist named Ruben Carolini discovered some bones in Argentina. This discovery was to unseat Tyrannosaurus rex from its position as the largest meat-eating dinosaur. In honor of his discovery, scientists named the new dinosaur Giganotosaurus Carolini.

After the initial find, scientists exhumed additional pieces of the Giganotosaurus’s skeleton. They found parts of the skull, many of the vertebrae, both thigh bones, and some teeth. Each of the curved teeth was eight inches Jong and serrated like a saw. From this incomplete skeleton, scientists were able to estimate the dinosaur’s size and appearance.

According to researchers, the Giganotosaurus was about 42 feet long, making it slightly longer that the Tyrannosaurus rex. The creature ran on its hind legs and had rather small arms. It weighed six to eight tons, making it nearly three tons heavier than the largest Tyrannosaurus rex.

Scientists do not know exactly what the Giganotosaurus ate, but its teeth have all the attributes of meat-eating animals, so they have concluded that the great beast was a carnivore, or meat eater.

Because skeletal remains of dinosaurs do not include skin, scientists must theorize about the dinosaurs’ skin colors. A Giganotosaurus hunted smaller prey, so it is likely that the appearance of its skin allowed it to blend into its surroundings in order to surprise its victims. The Giganotosaurus lived in the grassy wetlands of what is now Argentina, an environment similar to the African savanna. Therefore, this dinosaur probably had skin that closely matched the colors of the vegetation around it.

The Giganotosaurus Carolini lived about 100 million years ago, some 30 million years before the Tyrannosaurus rex that roamed North America. Despite many similarities between the two creatures, scientists have stated that the two are not closely related and that each species developed independently.

A paleontologist is a scientist who studies Paleontology, which is the study of fossils as a guide to the history of life on Earth.

An amateur is someone who does something as a hobby and not as a job.

If a dead person’s body is exhumed, it is taken out of the ground where it is buried, especially so that it can be examined in order to find out how the person died.

A serrated object such as a knife or blade has a row of V-shaped points along the edge.

If you estimate a quantity or value, you make an approximate judgment or calculation of it.

An attribute is a quality or feature that someone or something has.

If you theorize that something is true or theorize about it, you develop an abstract idea or set of ideas about something in order to explain it.

A creature’s prey are the creatures that it hunts and eats in order to live.

Plants, trees, and flowers can be referred to as vegetation.

Episode 391 | Word Power | Giganotosaurus by English Plus Podcast on Scribd