What Is American Football? 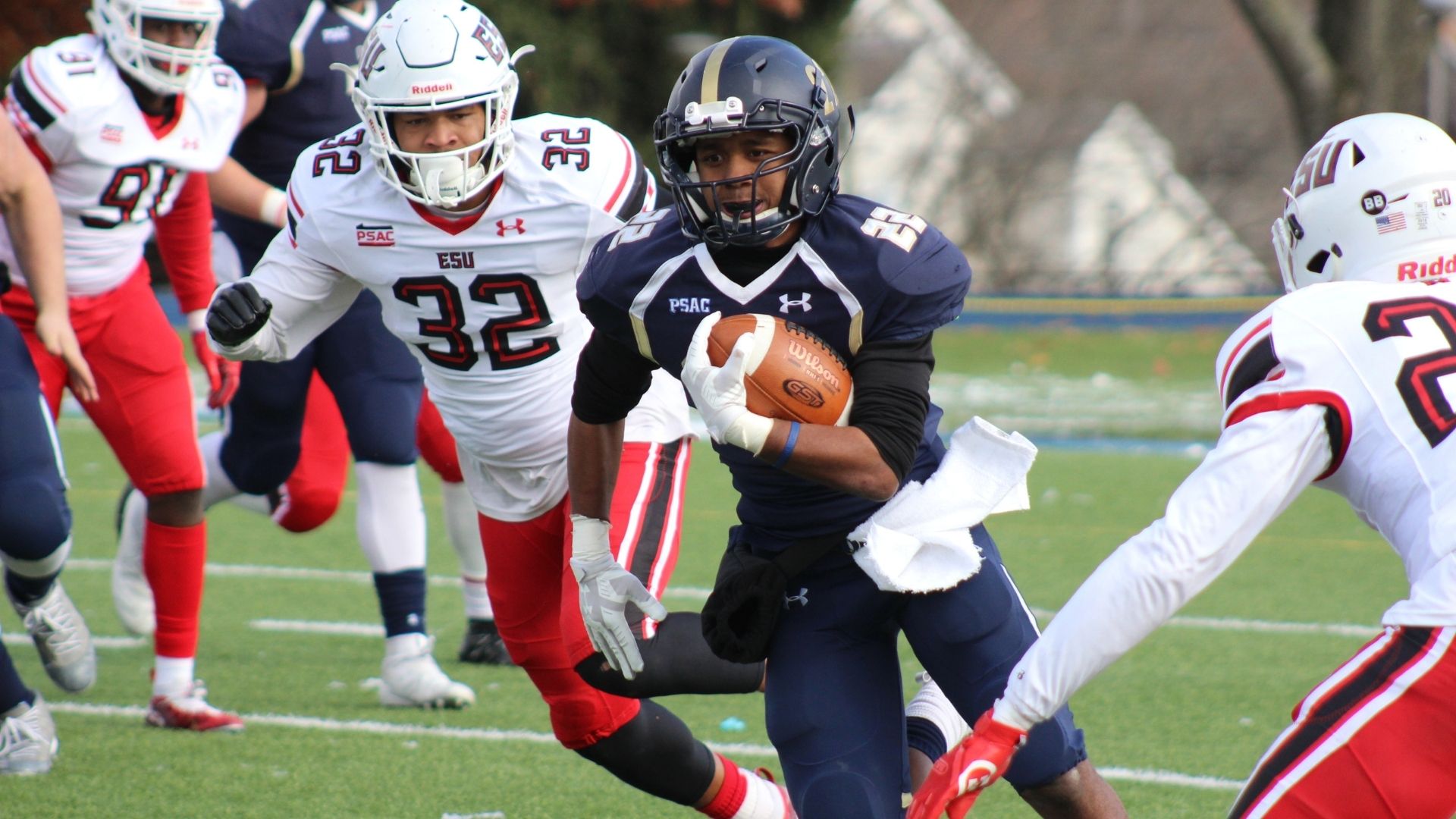 Learn about this very popular game in the US. What is American football? Learn about its traditions, rules and some of its greatest players of all time.

Only one team at a time has the ball. That team is called the offense. The other team, called the defense, tries to stop the offense from scoring any points. Both the offense and defense have 11 players on the field.

The offense tries to move down the football field by throwing passes or by rushing (running with the ball). It has four chances, or downs, to move the ball 10 yards. If it succeeds, the offense keeps the ball for another four downs. If it doesn’t, the other team’s offense gets its turn.

The defense tries to stop the offense mainly by tackling (knocking down) the player with the ball. The defense can also try to get hold of the ball by making the offense fumble the football or by intercepting a pass.

Football is a hard-fought battle. It’s full of action and exciting plays. That’s why so many people enjoy watching it.

Fans love to see a well-timed pass for a touchdown. The ball sails down the field and drops into the outstretched hands of a leaping player in the end zone.

A long run can be thrilling, too. The running back shifts direction, twists out of tackles, and races down the field.

An interception or recovered fumble also can excite football fans. Such plays unexpectedly turn the ball over to the other team, sometimes at critical moments of the game.

Football is played at hundreds of colleges and universities across the United States and Canada. College football dates back to 1869. Each year, the top player in college football receives an award called the Heisman Trophy. Sportswriters vote to decide the winner.

College teams with the best winning records are invited to play in bowl games at the end of the football season. The bowl games help decide the national champion. The important bowl games include the Sugar Bowl, Cotton Bowl, Rose Bowl, Orange Bowl, and Fiesta Bowl. Colorful festivities go along with the games. For example, floats decorated with flowers take part in the Rose Parade before the Rose Bowl.

Only one team in NFL history has gone through an entire season without losing a game. The Miami Dolphins went undefeated in 1972. Don Shula was the Dolphins’ coach. Shula won more games—347—than any other NFL coach.

Many of the greatest stars in football have played at the quarterback, running back, or receiver positions. Various numbers measure a player’s success at these positions.

The quarterback calls plays and throws most passes. Dan Marino of the Miami Dolphins holds many of the lifetime records for quarterbacks. He threw more touchdown passes—420—than any other quarterback in NFL history.

For running backs, the key record is for the number of yards they run with the ball. Until 2002, Walter Payton of the Chicago Bears held the lifetime record with 16,726 yards. That year, Emmitt Smith of the Dallas Cowboys broke Payton’s record. Smith retired after the 2004 season with 18,355 rushing yards.

The job of the receiver is to catch passes. Jerry Rice had more receptions, or catches, than any other receiver. Rice spent most of his career with the San Francisco 49ers. When he retired in 2005, he had caught 1,549 passes. Rice also had the most touchdown catches in NFL history, with 197.