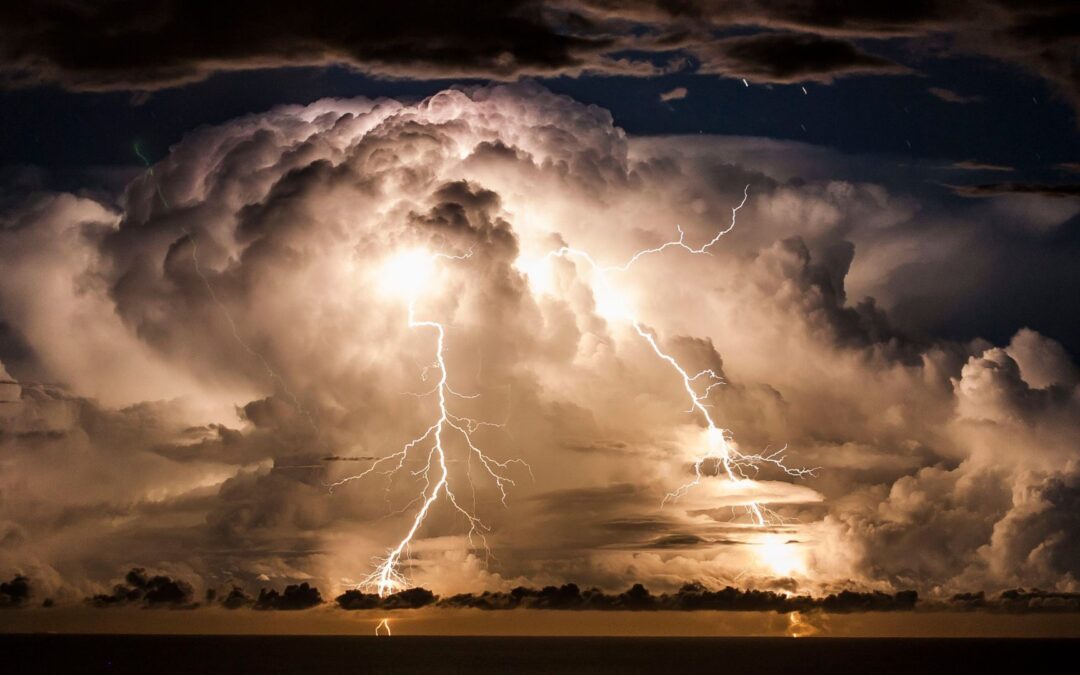 Thunder sounds like an explosion. Lightning causes thunder. The sound comes from air that suddenly gets very hot.

A bolt of lightning can make the air around it as hot as 18,000° Fahrenheit (10,000° Celsius). That’s hotter than the surface of the Sun! The hot air rushes away from the lightning bolt. The air rushing away makes the loud sound of thunder.

CAN THUNDER AND LIGHTNING HURT PEOPLE?

Thunder cannot hurt you. Lightning can hurt people. There are things you can do to stay safe during a thunderstorm.

Do not stand under a tree to stay out of the rain. Lightning often strikes trees. Do not stand close to a window or talk on a telephone. Lightning can make windows shatter and can travel through wires.