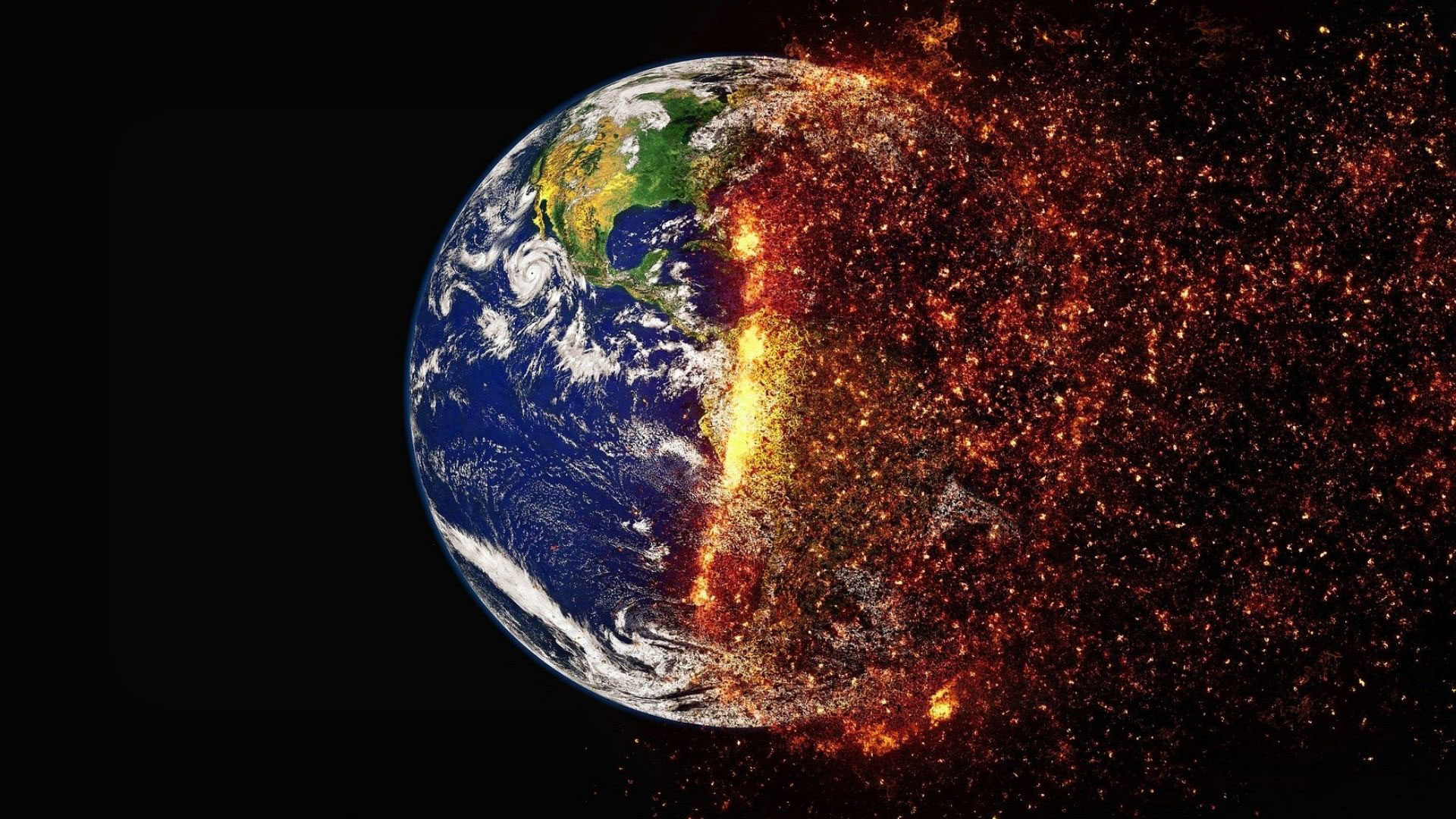 Learn about global warming, its dangerous effects and what we can do about it in this science listening episode from English Plus Podcast.

Do you like warm weather? Do you wish it could be warmer still? Be careful what you wish for. The Earth may be moving in that direction. The trend is called global warming.

Not all scientists agree that global warming is happening. Some say it is impossible to know if the climate is changing overall. After all, temperatures vary from day to day and year to year. Most scientists, however, say the trend is up. The warmest days are warmer, the coldest days not as cold. They point out that the ten warmest years of the last century happened after 1980. The three hottest came after 1990. The hottest year on record was 1998.

These scientists say the Earth has warmed up about 1° Fahrenheit (0.6° Celsius) in the last 100 years. The rate of change, they say, is speeding up. A hundred years from now, the Earth may well be as much as ten degrees hotter!

Sunlight brings energy to the Earth. This light turns to heat when it hits the ground. The heat in turn seeps away from the Earth, but the atmosphere slows the heat’s escape. The atmosphere is a layer of air around the planet. It holds in some of the warmth.

The atmosphere is a mixture of many gases. In the last 250 years, this mixture has been changing. The amounts of gases such as methane and carbon dioxide have been rising. These gases trap heat more effectively than other gases. They make the Earth’s atmosphere act like the glass in a greenhouse. It lets sunlight in, but it doesn’t let heat out. As a result, heat is building up close to the surface.

WHY IS THE ATMOSPHERE CHANGING?

People are changing the atmosphere. The changes started hundreds of years ago when people began cutting down forests and burning the wood. The invention of cars and other machines greatly increased the amount of greenhouse gases released into the atmosphere. Such machines burn fuels like wood, coal, oil, and natural gas. When these fuels burn, they add carbon dioxide to the atmosphere. Methane comes from producing coal.

Today, the air contains almost one-third more carbon dioxide than it did in 1750. The amount of methane has doubled.

Global warming could melt the ice at the poles. This would raise the level of the oceans. Water would then cover all the flat coastal lands. People would have less land on which to live and grow food.

Plants and animals are adapted to their climates. If the climate changes rapidly, many may not be able to adapt. Some species will simply die out. Others may spread to cooler climates. There, however, they will be struggling with species already in place.

CAN GLOBAL WARMING BE STOPPED?

Burning less wood, coal, oil, and natural gas will help stop global warming. Scientists recommend that people get more energy from sunlight, wind, tides, nuclear energy, and other sources that don’t burn fuel. Energy sources like these put little or no greenhouse gases into the air.

Scientists say trees can help prevent global warming. All growing plants take carbon dioxide out of the air. Trees do this especially well. They turn the carbon part of carbon dioxide into wood. They release the oxygen. In recent years, people have been cutting down forests all over the world. Scientists say vast new forests must be planted.

WHAT CAN You Do?

There are twelve feasable steps to be taken to help slow down global warming:

The climate of a place is the general weather conditions that are typical of it.

You can use climate to refer to the general atmosphere or situation somewhere.

Cyprus has a hot and humid climate.

If something such as liquid or gas seeps somewhere, it flows slowly and in small amounts into a place where it should not go.

If something such as secret information or an unpleasant emotion seeps somewhere, it comes out gradually.

Something that is flat is level, smooth, or even, rather than sloping, curved, or uneven.

A flat object is not very tall or deep in relation to its length and width.

A flat is a set of rooms for living in, usually on one floor and part of a larger building. A flat usually includes a kitchen and bathroom.

coastal is used to refer to things that are in the sea or on the land near a coast.

The coast is an area of land that is next to the sea.

If you say that the coast is clear, you mean that there is nobody around to see you or catch you.

If you adapt to a new situation or adapt yourself to it, you change your ideas or behavior in order to deal with it successfully.

If you adapt something, you change it to make it suitable for a new purpose or situation.

If you adapt a book or play, you change it so that it can be made into a film or a television program.

If two people struggle with each other, they fight.

If you struggle to do something, you try hard to do it, even though other people or things may be making it difficult for you to succeed.

A struggle is a long and difficult attempt to achieve something such as freedom or political rights.

To prevent something means to ensure that it does not happen.

To prevent someone from doing something means to make it impossible for them to do it.

We recognized the possibility and took steps to prevent it happening. [

Something that is vast is extremely large.

The vast majority of the eggs would be cracked.

If you are aware of something, you know about it.

If you are aware of something, you realize that it is present or is happening because you hear it, see it, smell it, or feel it.

Someone who is aware notices what is happening around them or happening in the place where they live.

If something or someone is efficient, they are able to do tasks successfully, without wasting time or energy.

I work very efficiently and am decisive, and accurate in my judgement.

functioning or producing effectively and with the least waste of effort; competent

Animals such as cattle and sheep which are kept on a farm are referred to as livestock.

The heavy rains and flooding killed scores of livestock.

A hybrid or a hybrid car is a car that has both an electric motor and an ordinary car engine. It uses the ordinary engine when it needs extra power.

You can use hybrid to refer to anything that is a mixture of other things, especially two other things.