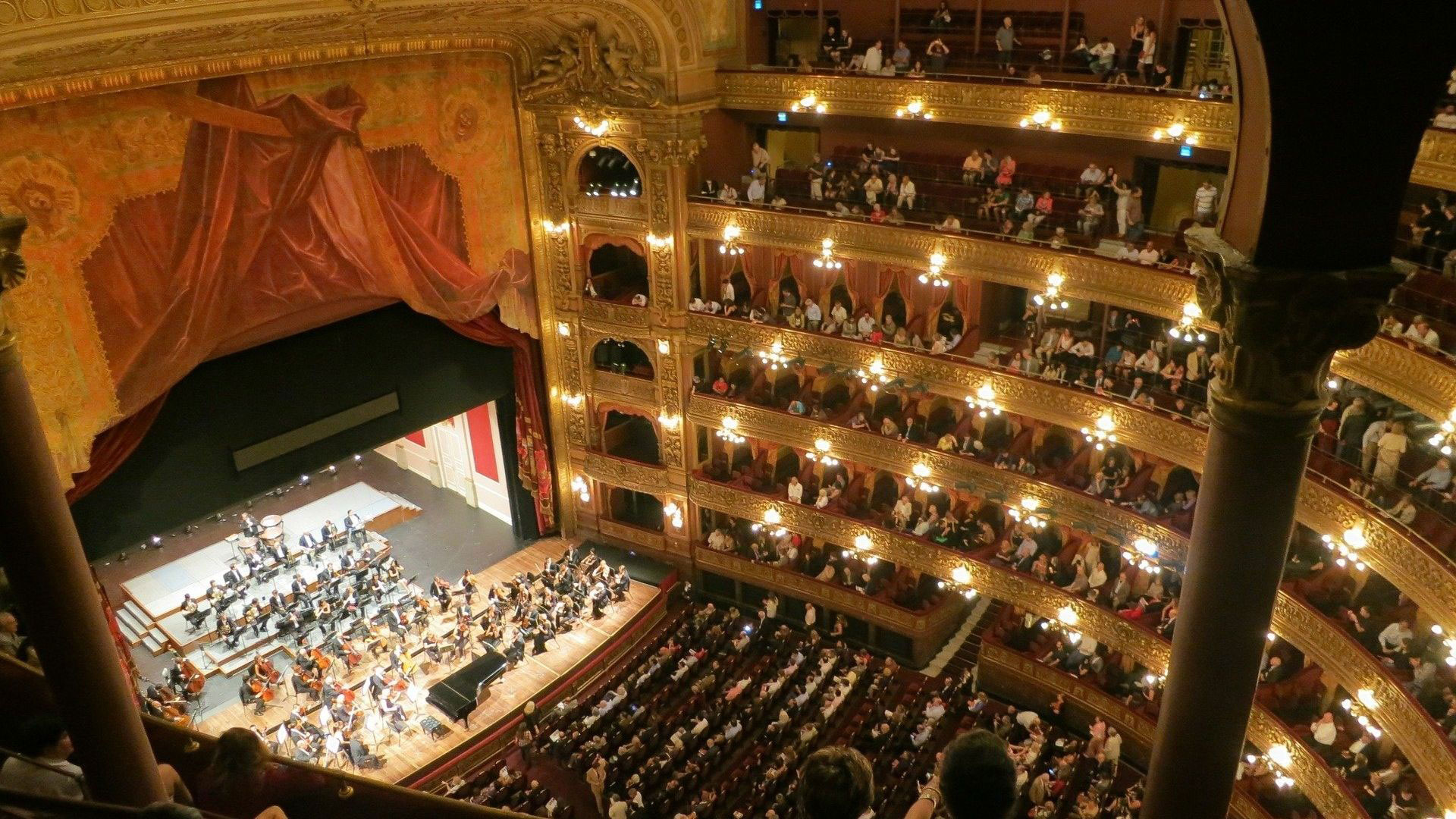 Learn about classical music as one of the major types of music in this new Listening episode from English Plus Podcast.

Classical Music by English Plus Podcast

Classical music is the art music of Europe and North America. When we call it art music, we are distinguishing classical music from popular music and folk music. Art music generally requires more training to write and perform than the other two kinds.

FROM ORCHESTRA TO SOLOIST

Orchestras usually play in concert halls. A conductor leads the musicians in an orchestra. The number of players can range from about two dozen to well over 100. An orchestra has several sections made up of different instruments: strings, woodwinds, brass, and percussion.

Some classical music is written for a soloist, a single performer who may play an instrument, especially the piano, or sing. Opera is written for an orchestra and singers.

FROM OPERA TO SYMPHONY

Opera combines music and drama. It tells a story, and the singers must also act. Operas have lavish stage sets (scenery) and fancy costumes. Many operas also feature huge choruses, dance numbers, and brilliant displays of the singers’ voices.

Thrilling operas include Madame Butterfly by Giacomo Puccini, Carmen by Georges Bizet, and Rigoletto and Aida by Giuseppe Verdi. These operas all have tragic endings.

Some operas are lighter in spirit and even comic. They generally end happily. Gioacchino Rossini’s The Barber of Seville is an example of a comic opera. The light operas of Gilbert and Sullivan and other composers are sometimes called operettas. In the United States, operetta changed into a popular form—the musical. The musical is a play that has songs, choruses, and dances in its story.

Many operas feature dances or long passages played by instruments that actually interrupt the action. That’s how the symphony originated. It started out as an instrumental introduction to 18th-century Italian opera. Symphonies then became all the rage in Germany and Austria.

The symphony is a composition written for orchestra. It generally has four contrasting sections, or movements. In a performance, there is plenty to look at because of the fantastic array of instruments.

There are different styles in classical music, depending on when the music was composed. From earliest to most recent, these styles include baroque (1600s), classical (1700s), romantic (1800s), modern (early 1900s), and postmodern (late 1900s).

You’ll notice that classical appears as a separate style within classical music. The term classical can also describe music composed in the 1700s, primarily in Vienna. The leading composers of this time were Joseph Haydn, Wolfgang Amadeus Mozart, and Ludwig van Beethoven. They were a brilliant group. You might begin listening to classical music with their works.

(of a physical activity) making one feel refreshed and energetic

If you can distinguish one thing from another or distinguish between two things, you can see or understand how they are different.

If you distinguish yourself, you do something that makes you famous or important.

If you can distinguish something, you can see, hear, or taste it although it is very difficult to detect.

If you describe something as lavish, you mean that it is very elaborate and impressive and a lot of money has been spent on it.

If you say that spending, praise, or the use of something is lavish, you mean that someone spends a lot or that something is praised or used a lot.

If you say that someone is lavish in the way they behave, you mean that they give, spend, or use a lot of something.

If you describe something as fancy, you mean that it is special, unusual, or elaborate, for example because it has a lot of decoration.

If you describe something as fancy, you mean that it is very expensive or of very high quality, and you often dislike it because of this.

An actor’s or performer’s costume is the set of clothes they wear while they are performing.

A chorus is a large group of people who sing together.

A chorus is a part of a song which is repeated after each verse.

A chorus is a piece of music written to be sung by a large group of people.

Something that is thrilling is very exciting and enjoyable.

A tragic event or situation is extremely sad, usually because it involves death or suffering.

Tragic is used to refer to tragedy as a type of literature.

If you interrupt someone who is speaking, you say or do something that causes them to stop.

If someone or something interrupts a process or activity, they stop it for a period of time.

If something interrupts a line, surface, or view, it stops it from being continuous or makes it look irregular.

When something is popular and fashionable, you can say that it is the rage or all the rage.

You say that something powerful or unpleasant rages when it continues with great force or violence.

rage is strong anger that is difficult to control.

An array of different things or people is a large number or wide range of them.

An array of objects is a collection of them that is displayed or arranged in a particular way.

An array of instruments such as telescopes or solar panels is a number of them that are connected together to form a single unit.