Knowledge Plus | What Do You Know About Rivers? 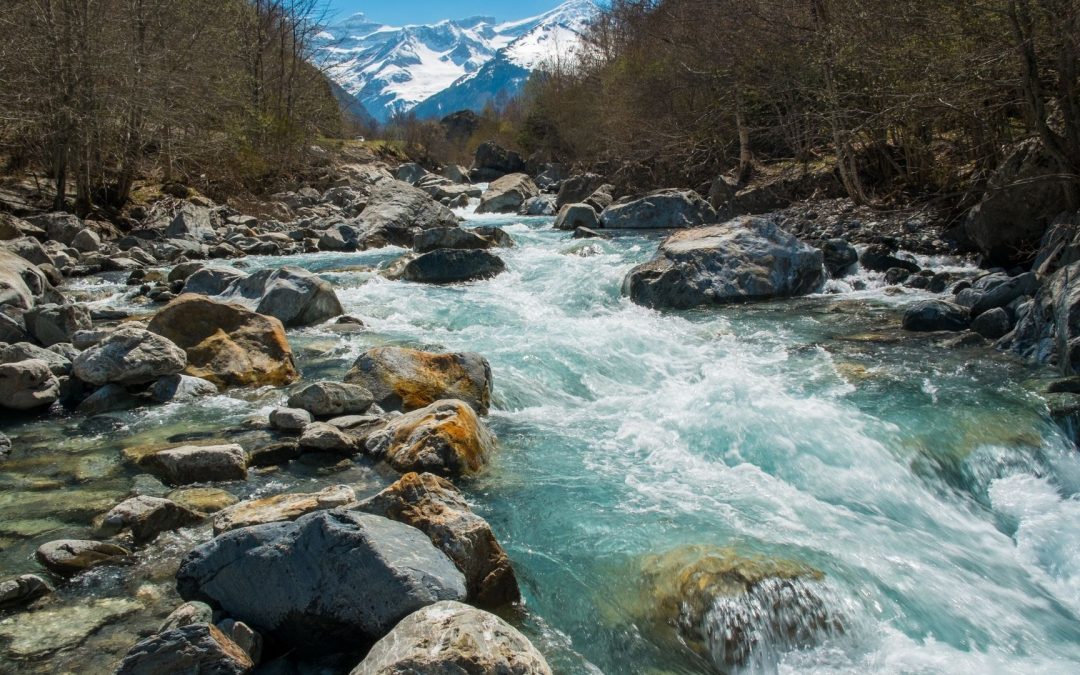 What do you know about rivers? We will talk in this Knowledge Plus episode about rivers, how they form, why are they important, how they flood and more.

What Do You Know About Rivers?

Have you ever taken a ride on a river? Some rivers flow slowly and gently. You can hop into a tube that looks like a big rubber doughnut and take a relaxing float down this kind of river.

Some rivers rush over rocks making foaming whitewater rapids. You can have a wild ride in a rubber raft on this kind of river. The kind of river you ride on depends on many things, including where the river is, what the water flows over, and how wide the river is.

Rivers that flow through flat plains are usually wider and deeper than rivers higher up. These rivers usually flow lazily and are good for floating down. Rivers in mountains often flow through narrow channels. Water moves swiftly through these channels. Rivers on high hills or mountains usually flow over rocky riverbeds. Fast-flowing water rushing over a rock-filled riverbed makes rapids. Shallow, rocky rivers are the best rivers for whitewater rafting.

WHAT MAKES A RIVER?

All rivers are made of fresh water. The water usually comes from rain or melted snow. Sometimes the water comes from underground springs.

The water that eventually forms a river collects in an area called the watershed. You would probably need rubber boots to walk in a watershed in springtime. The ground would be soggy with spring rains or melted snow. Watersheds are usually high up on hills or mountains. Rain and melting snow trickle through the watershed and form tiny streams. As the streams flow downhill, they join together. The place where a river begins is called its headwaters.

WHY ARE SOME RIVERS SO BIG?

Rivers get bigger when streams flow into them. These streams are called tributaries. A smaller river also can be a tributary of a larger river. A big river and its tributaries form a river system.

The area that the river system flows through is called the drainage basin. Drainage basins can cover thousands of square kilometers. The size of a river depends on the size of its basin and the amount of rain that falls in the basin. The Mississippi River has the largest drainage basin in North America. The Missouri, which drains into the Mississippi, is the longest river on the continent.

WHAT DO RIVERS DO?

As water flows through a river channel, it erodes (washes away) the riverbanks. The water wears away rock and soil and carries the material downstream. Heavier pieces of rock and soil fall to the riverbed. These pieces on the riverbed are called sediment. Tiny pieces of eroded material float in the water and sometimes make the water look muddy and murky.

The Colorado River made the Grand Canyon in Arizona by erosion. It took millions of years, but that river cut through layers of rock to make a canyon about 0.9 mile (1.5 kilometers) deep and about 277 miles (446 kilometers) long.

Sometimes a delta forms at the mouth of a river. Deltas are made of sediments—the sand, soil, and other materials carried by the river water. Deltas are like big, wide islands with small streams running through them. River sediments make the soil on deltas good for farmland. The Mississippi River has created a vast delta in southeastern Louisiana, where it empties into the Gulf of Mexico.

WHY DO RIVERS FLOOD?

Have you ever seen a flood? Maybe you have seen pictures of floods in the newspaper or on television. A flood happens when a river overflows its banks. Too much rain or melted snow can cause flooding.

When rivers overflow, they deposit sediments on the flat land alongside the riverbanks. The flat land can be in a valley or on a plain. It is called the floodplain. All rivers have floodplains. These plains can spread out hundreds of miles from a river. People build farms and towns on floodplains because the sediments deposited on the plains are fertile and make great farmland. If the river overflows its banks, however, the farms and towns get flooded.

WHY ARE RIVERS IMPORTANT?

Rivers have always been important to people. The first civilizations formed between the Tigris and Euphrates rivers in the Middle East and along the Nile River in Egypt. People built near rivers because rivers provided water for drinking, fish for food, and transportation routes. People used water from rivers to grow crops and sailed boats down the rivers for transportation.

Today people still use rivers for water and transportation. They also learned how to control rivers. They build walls called levees along rivers to keep them from overflowing. They build dams to harness the power of water for making electricity. They build reservoirs to collect water for drinking and for industries to use. They have even straightened out bends in rivers called meanders.

Some things that people did have harmed rivers. Some factories built along rivers polluted river water. Some of the dams prevent rivers from carrying sediment to the sea. Some dams have changed the way animals live in the rivers. For example, dams can prevent salmon from swimming upstream to spawn.

People have taken steps to protect rivers. They passed laws to prevent factories from polluting rivers. Some dams are being taken down to let the water flow freely. People now know that rivers are important and must be protected.