Knowledge Plus | What Do You Know about Ants? 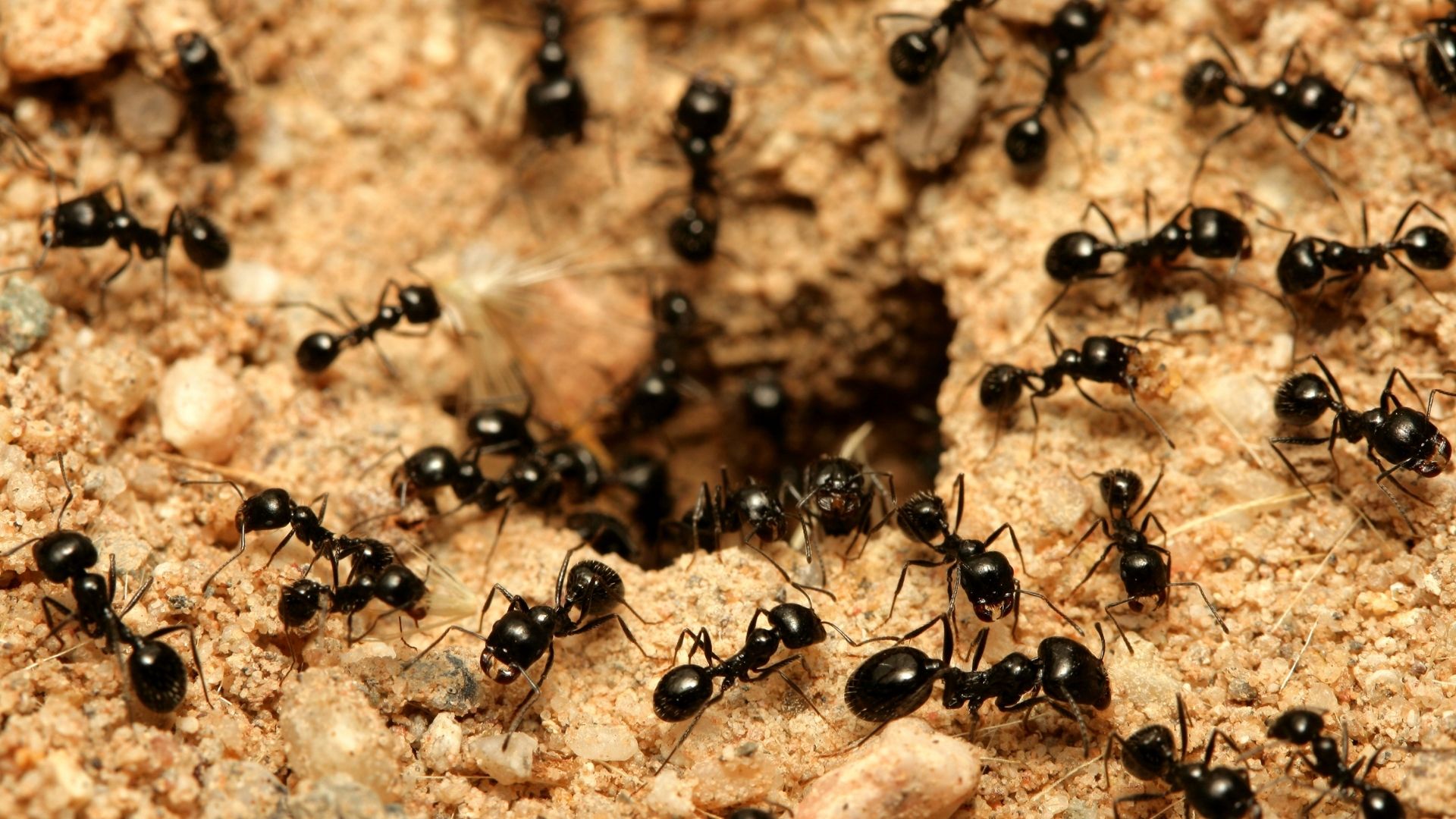 What do you know about ants? You may know some information but not much. You will learn a lot more about ants in this new Knowledge Plus episode from Plus Podcast Network.

Maybe you help with chores at home. Maybe you play on a team. You know that a lot of work can get done if everyone shares part of the job. No creature knows this better than the ant. Ants live in groups called colonies. Every ant in a colony has a special job to do.

WHAT KINDS OF JOBS DO ANTS DO?

There are three kinds of ants in each colony: workers, queens, and males. Each kind of ant does a different job. Worker ants dig tunnels, raise young ants, collect food, and build and clean the nest.

The job of the queen is to lay eggs. Male ants mate with queens. Males die a few weeks after mating.

Most of the jobs in an ant colony are in the nest. Many species (kinds) of ants build their nests underground in soil. Some species of ants build mounds of soil on top of the ground. Other species use plants to make nests. Some ants nest in hollow plant parts or spaces between rocks. A few kinds of ants have no permanent nests.

Ants are small insects. Like all insects, ants have six legs. The smallest ants are 0.03 inch (0.7 millimeter) long. They are hard to see! The biggest ants are almost 1 and a 1/4 inches (3 centimeters) long.

An ant’s body looks like it has a very thin waist. The narrow waist lets the ant bend when it goes around turns in underground tunnels. Male ants and young queen ants have wings. The workers of many species of ants have a stinger that they use to fight enemies.

An ant has a mouth with three parts. The most important mouthparts are its jaws. Ants can move them from side to side. They use their jaws for digging, carrying things, collecting food, building nests, fighting, and cutting. Ants use their lower jaws for chewing. They use their tongues to suck up liquids.

Adult ants can swallow only liquid foods. Some ants chew solid foods until the food turns into a liquid.

CAN ANTS SEE AND HEAR?

Most ants have two compound eyes. Compound eyes have many parts called lenses that help insects see well. Other ants have three simple eyes, with one lens in each. Some ants that live underground are blind.

Ants do not have ears. But they can feel sound vibrations. Some ants communicate by drumming on the ground. They also communicate by touching each other with their antennae.

Tasting, smelling, and touching are how ants find out what is around them. They have two thin antennae on their heads that help them do this. Each antenna is shaped like a human arm bent at the elbow. Ants tap the antennae on the ground to find food. They can even move their antennae around to smell. An ant is always moving its antennae every which way.

Ants “talk” to each other with smells, too. Ants give off smells to warn other ants of danger or to show them where to find food. Sometimes you can see long lines of ants. These ants are following a smell!

WHAT ARE THE DIFFERENT KINDS OF ANTS?

There are about 11,000 species of ants. Ants live in most places of the world.

Army ants live in forests in Central and South America. Huge swarms of army ants hunt for insects or spiders. Driver ants are army ants that live in Africa.

Aphid-tending ants keep aphids and other tiny insects the way that farmers keep cows. The ants “milk” the aphids for a liquid food called honeydew.

Slave-maker ants kidnap the babies of other ant species. The babies grow up to be workers in the slave-makers’ colonies.

Honeypot worker ants store honeydew and other food in their bodies. They get so big that they cannot walk! They feed the whole colony.

HOW DO ANTS REPRODUCE?

After the queen mates with a male ant, she makes or finds a nest. She then lays eggs. The first group of eggs to hatch become worker ants. The queen’s only job after that is to lay more eggs. The worker ants take over the job of caring for the nest. Males come from some of the eggs, queens and more workers come from other eggs. When the egg hatches, a wormlike larva appears. It does nothing but eat and grow. When it gets big enough, it becomes a pupa. The pupa grows legs and antennae. It becomes an adult ant.