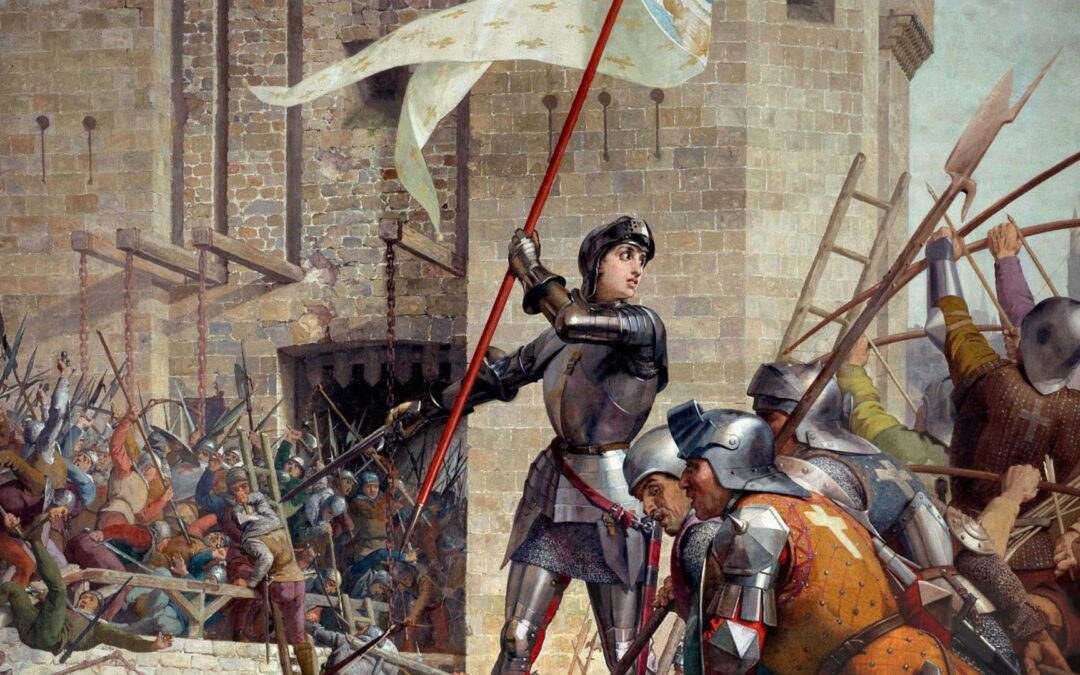 She was a simple peasant girl who couldn’t read or write. Yet Joan of Arc united France and helped free her country from English rule. Today, she is remembered as one of the greatest heroines in history.

Joan of Arc was born in Domrémy, France, in 1412. Her parents were farmers. When Joan was 13, she started to hear strange, sweet voices. She thought the saints were calling to her from heaven.

Joan believed the voices were telling her to save France. At that time, the English and French were fighting the Hundred Years’ War (1337-1453). In 1429, Joan went to see Charles, the future king of France. She was just 17 years old.

Charles was feeling desperate. He was losing the war against England. Not all of France accepted Charles as king. Charles feared he might never be king of all France. So Charles listened to young Joan.

Charles decided that Joan could help him. The heavenly voices she heard might inspire his soldiers. She might make the men think God was on their side. He gave Joan a coat of armor to wear and a big white banner to carry into battle.

JOAN LEADS AN ARMY TO VICTORY

Joan led her army to Orléans, a city the English were about to capture. Her forces defeated the English! For this victory, Joan earned the name Maid of Orléans. Soon afterwards, Charles was crowned king of France as Charles VII. Joan had a place of honor at his side.

The next year, Joan led another French army. But she was captured and handed over to the English. The English believed Joan was evil. They said the voices Joan heard and the soldier’s clothes she wore were signs of wickedness. They asked the Catholic Church to put her on trial as a witch!

The church found Joan guilty and condemned her to death. But Joan begged forgiveness. She was sent to prison instead.

In jail, Joan began wearing soldier’s clothes again. The English accused her of going back to her wicked ways. Joan was burned at the stake in 1431.

In 1456, when the war was over, the Catholic Church declared that Joan had been innocent. In 1920, the church made Joan a saint.