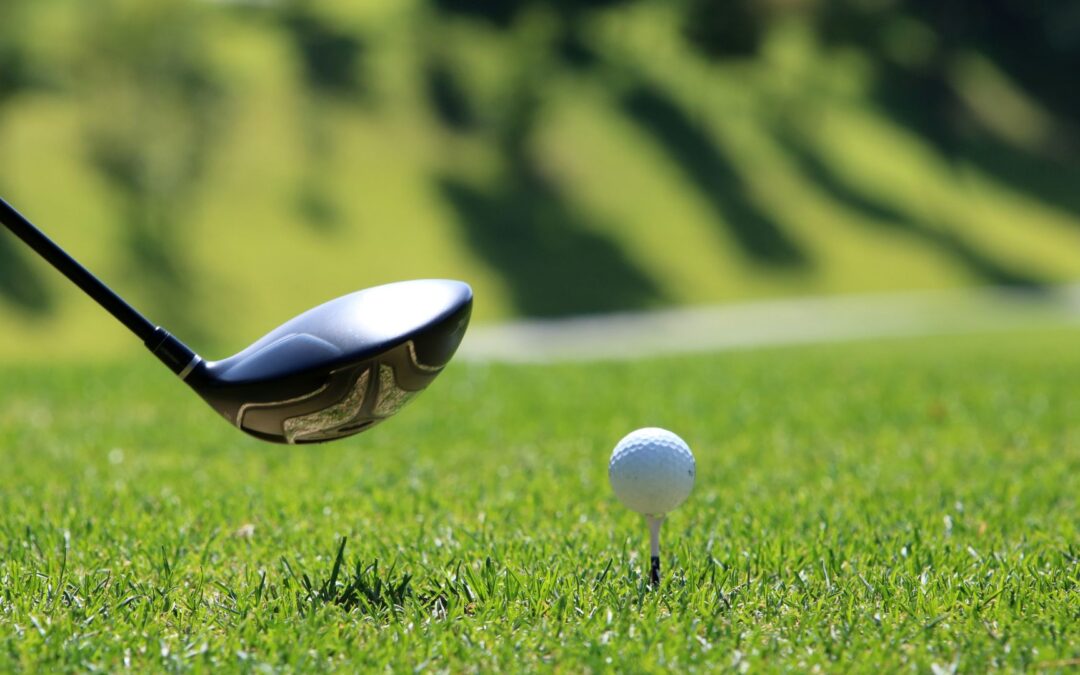 This is the exciting game of golf, an outdoor sport played all over the world. Millions of people play golf for fun, exercise, and friendly competition. Professional golf tournaments can draw thousands of fans who watch skilled players compete.

In golf, players use specially designed clubs to hit a small, hard ball over a large, grass-covered golf course. The goal of golf is to hit the ball around the course using as few swings as possible. In golf, unlike most sports, the player with the lowest score wins!

Golf is usually played by individuals, rather than by teams. Players often compete against each other in small groups or at large tournaments.

The typical golf course is made up of 18 separate parts, called holes. Each hole has a starting point, called a tee, and ends at a small cup. The cup is cut into a smooth, very closely mowed area of grass called a putting green. To complete the hole, a player must hit the ball into the cup. A flag marks the location of the cup.

Golf holes vary in length and difficulty. Most holes have one or more obstacles, called hazards, that make reaching the cup more challenging. Players try to avoid hazards such as tall grass, sand traps, trees, and water. Players aim for the fairway, where the ball is easiest to hit after it lands.

If you finish all 18 holes, then you’ve completed a round of golf! But you don’t need a full-sized course to play golf. Many people enjoy miniature golf. In miniature golf, players golf on a series of short putting greens with obstacles and strange angles.

Players use a special set of clubs with long, thin shafts. A typical set includes clubs called woods and clubs called irons. Woods have a large, thick head for striking the ball. For many years, woods were made with wooden heads, giving the clubs their name. Today, most woods have metal heads. Irons have smaller, thinner heads made of steel. In addition, players carry a special iron called a putter.

Each club is designed to hit the ball a different distance. Players use woods to hit long shots. A shot using a wood off the tee is called a drive. Players use irons to hit medium-range and shorter shots. The putter is used to gently tap, or putt, the ball across the putting green and into the cup.

Scoring in golf is counted in strokes. One swing of a golf club is a stroke. Each hole is assigned a score, called par. Par is the number of strokes expected for the player to put the ball in the cup. So, if par on a hole is four, and you hit the ball from the tee into the cup in four strokes, you’ve made par. Making par is considered a very good score!

Other golf scores have special names of their own. If you take one stroke less than par, you’ve scored a birdie. One over par is called a bogey. On some holes, it’s possible to hit the tee shot straight into the cup! That’s called a hole in one. It’s the rarest score in golf.

You’ve heard of Tiger Woods, right? He’s one of the best golfers in the world. He and hundreds of other highly skilled players compete on the Professional Golfers’ Association Tour (PGA Tour). The PGA Tour hosts tournaments on different courses each week.

Some golf tournaments are more famous than others. The four biggest ones are the Masters, the British Open, the U.S. Open, and the PGA Championship. Together, these tournaments are called the grand slam tournaments.

There is a professional tour for women, too. It’s called the Ladies Professional Golf Association Tour (LPGA Tour). Annika Sorenstam of Sweden is one of the best golfers on the women’s tour.