Do You Know | Who Are the Beatles? 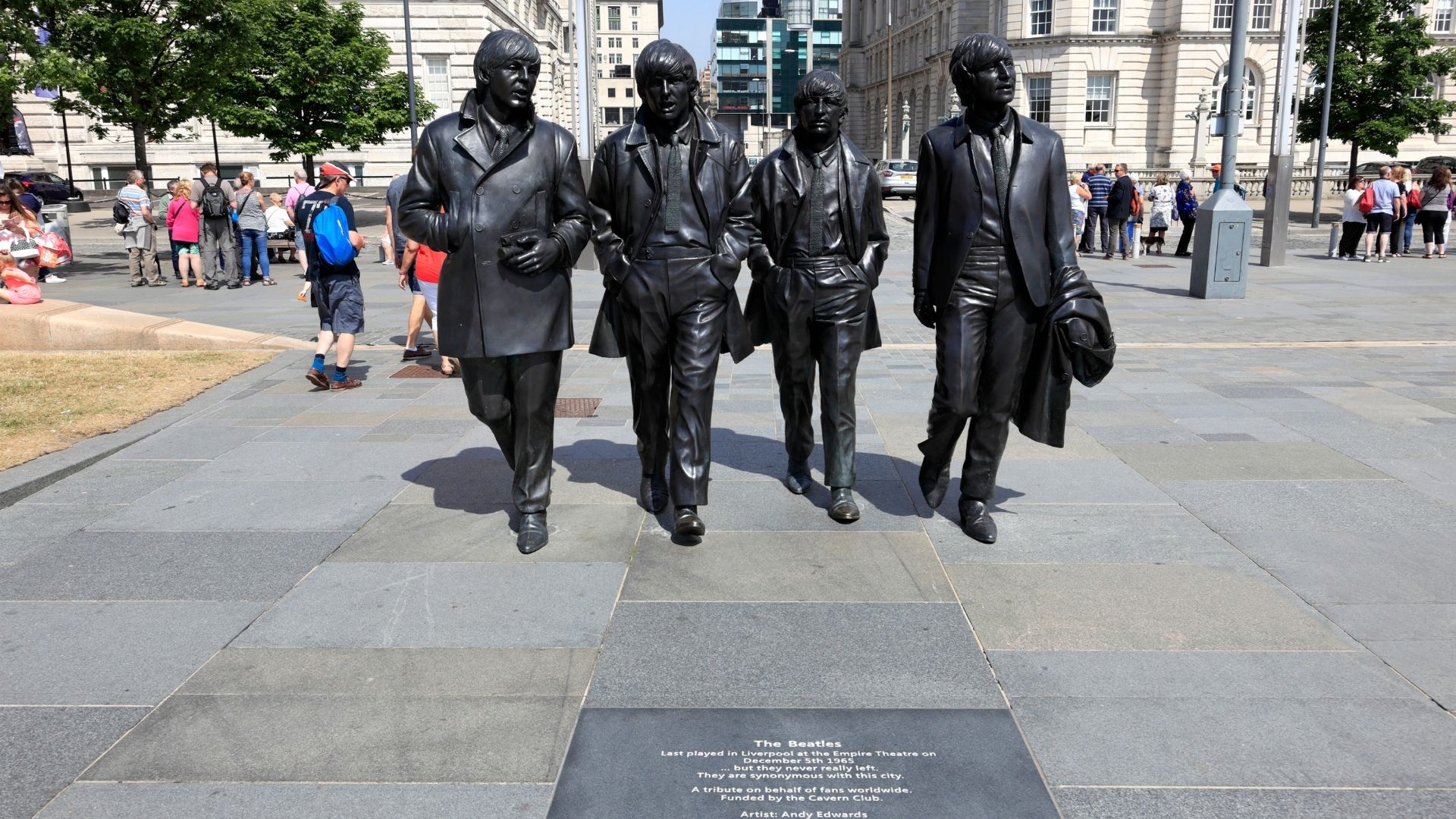 Who are the Beatles? Learn about the Beatles in this new Do You Know episode from English Plus Podcast.

Who Are the Beatles?

The Beatles were a rock music sensation in the 1960s and 1970s. Everyone had a favorite among the four. For some people, it was Paul McCartney, the sweet one, or John Lennon, the funny one. For others, it was George Harrison, the mystery man, or Ringo Starr, the bouncy drummer. The Beatles changed popular music for all time, with their songs and their sparkling personalities.

THE BIRTH OF BEATLEMANIA

All four Beatles were born in Liverpool, England. All four loved music, especially American rhythm-and-blues and rock music. Lennon and McCartney were the main songwriters, with Harrison as their brilliant guitarist. When Starr joined up in 1962, the group began rocking with the songs “Love Me Do,” “Please Please Me,” “I Want to Hold Your Hand,” and “She Loves You.”

In 1964, the group appeared on American television’s The Ed Sullivan Show. They were seen by 73 million people, and the sensation known as Beatlemania was launched. Screaming fans followed the Beatles everywhere and bought their records in unheard-of numbers.

The movies A Hard Day’s Night (1964) and Help (1965) revealed the Beatles’ energy and sense of humor. The group seemed more appealing than ever. In their music, the Beatles moved from simple love songs to songs about changes taking place in 1960s society. The albums Rubber Soul and Revolver were considered musical breakthroughs.

Performing before audiences became too dangerous because of the crush of fans. The Beatles gave their last public concert in 1966, but they kept on making records. Many consider Sgt. Pepper’s Lonely Hearts Club Band (1967) to be their finest album.

THE BEATLES BREAK UP

In 1970, the Beatles announced their breakup. Enormous popularity had taken its toll, wearing them down and causing disagreements.

Each of the Beatles went on to a solo career. But fans always hoped the group would get back together. This hope ended when Lennon was murdered by an obsessed fan in 1980. In 2001, Harrison died of cancer. But fans know that the Beatles will somehow never really die.