Do You Know | Abraham Lincoln 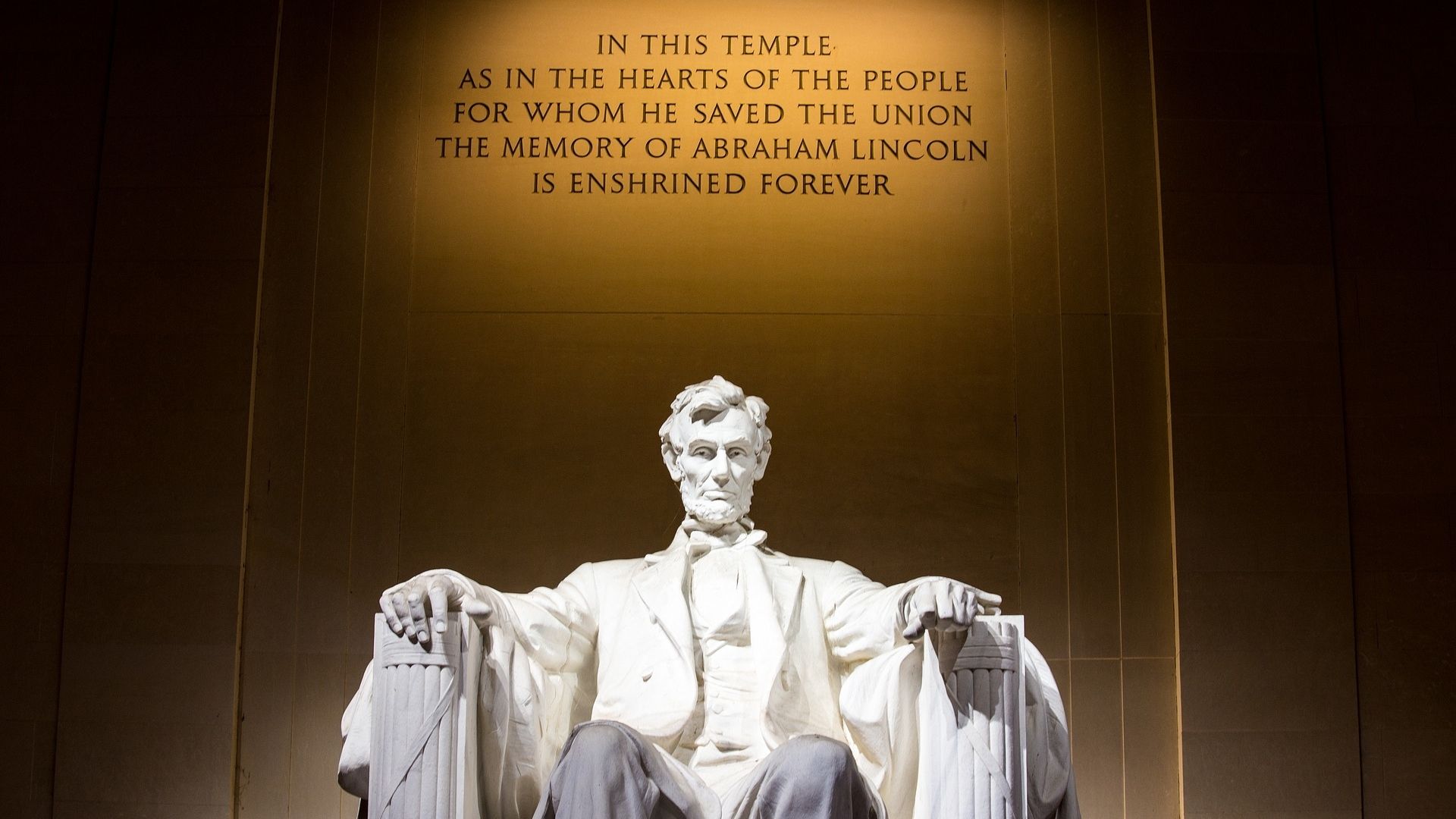 Do You Know | Abraham Lincoln

Learn about the great Abraham Lincoln, one of the best presidents of all time in this new Do You Know episode from English Plus Podcast.

He was born in a log cabin and went to school for less than one year. But despite his humble background, Abraham Lincoln became one of the great presidents of the United States. As the 16th president, Lincoln ended slavery and held the nation together during the Civil War, America’s biggest and bloodiest crisis.

People often remarked on Lincoln’s striking looks. He was tall and thin with long arms and large hands. Lincoln wore a type of tall hat that looked like a stove pipe. Sometimes, he carried important papers under his hat. When Lincoln was running for president, he grew a beard after a young girl suggested it.

Abraham Lincoln was born on the Kentucky frontier in 1809. Lincoln shared a one-room log cabin with his sister and parents. It had one door, one window, and a dirt floor. In 1816, the family moved to nearby Indiana. Lincoln’s mother died soon after.

Lincoln helped his father with the hard work on his family’s homestead. He dug wells, built pigpens, chopped down trees, and split fence rails. By the age of 19, he had grown tall and lean. He was a good wrestler and a fast runner.

There were few schools on the frontier. With so much work to do at home, there was little time for schooling. Lincoln mostly educated himself by reading borrowed books and newspapers.

Lincoln’s family moved to Illinois in 1830. He found a job in the town of New Salem as a store clerk. In 1834, Lincoln won election to the Illinois State Legislature. It was the beginning of his political career.

Lincoln moved to Springfield, the state capital, and began to study law. He soon became a licensed attorney. In 1846, Lincoln won election to the U.S. House of Representatives. After his term in Congress ended, he became a respected lawyer in Illinois.

In Springfield, Lincoln met and married Mary Todd. She was born to a Kentucky slaveholding family. The couple had four boys. Three of the boys died before they reached adulthood. The children’s deaths brought the Lincolns much sorrow.

In Congress, Lincoln had opposed the spread of slavery beyond the Southern states. Then, in 1854, Congress passed the Kansas-Nebraska Act. The act created the territories of Kansas and Nebraska. It said the new territories could decide for themselves if they wanted slavery. This outraged Lincoln, and he began to speak out often against slavery.

In 1858, Lincoln ran for the U.S. Senate. His opponent was Senator Stephen A. Douglas, the author of the Kansas-Nebraska Act. In a series of famous debates, the two men argued over whether slavery should be allowed in Kansas and Nebraska. Douglas argued for slavery and Lincoln argued against it.

Lincoln lost that election to Douglas. But the debates earned him a national reputation. The Republican Party, which opposed slavery, chose Lincoln as its presidential candidate in the election of 1860.

Lincoln campaigned against the spread of slavery. But he also said he would not outlaw slavery in the South. In 1860, Lincoln was elected president of the United States.

After Lincoln’s victory became clear, Southern states began to secede, or leave, the Union. Many people in these states owned slaves. They believed Lincoln was attacking their way of life. The states that seceded formed the Confederacy. The states that did not secede—generally Northern states—became known as the Union.

Lincoln refused to recognize the Confederacy as separate from the rest of the country. Tensions between the Confederacy and the Union grew. The crisis exploded in April 1861. Confederate soldiers attacked Fort Sumter in Charleston, South Carolina. The Civil War had begun.

Most people in the North believed the war would be brief. But the South raised a good army and won the first battles. The Union Army soon had to draft men to fight. The war became unpopular in the North. Riots against the army broke out in several cities.

The Emancipation Proclamation hurt the Confederacy. It deprived the South of the slave labor it needed to grow food for the Confederate Army. It helped prevent the South from winning allies in Europe, where slavery was seen as wrong. Many freed slaves joined the Union Army.

In November 1863, Lincoln spoke at the dedication of a national cemetery at Gettysburg, Pennsylvania. One of the Civil War’s bloodiest battles had been fought at Gettysburg.

The main speaker at the dedication spoke for two hours. Lincoln spoke afterward. It took him just two minutes to give the Gettysburg Address. Lincoln’s famous speech begins with the words “Four score and seven years ago ….” In the speech, Lincoln tied the Union war effort to the principles of American democracy.

Despite Lincoln’s efforts, the Civil War continued. None of Lincoln’s generals seemed able to defeat the South.

Under Grant, the Union Army finally defeated the rebellious South. The most powerful Confederate general, Robert E. Lee, surrendered his army to Grant in Virginia in April 1865. The Civil War was over.

Five days after the Civil War ended, Abraham and Mary Lincoln attended a play at Ford’s Theater in Washington, D.C. During the play, an actor and Southern sympathizer named John Wilkes Booth crept up behind the president and shot him. Lincoln died the following morning.

Lincoln’s coffin was put on a special train and sent back to Springfield, Illinois, for burial. Thousands of people lined the route to view Lincoln’s coffin and mourn his death.