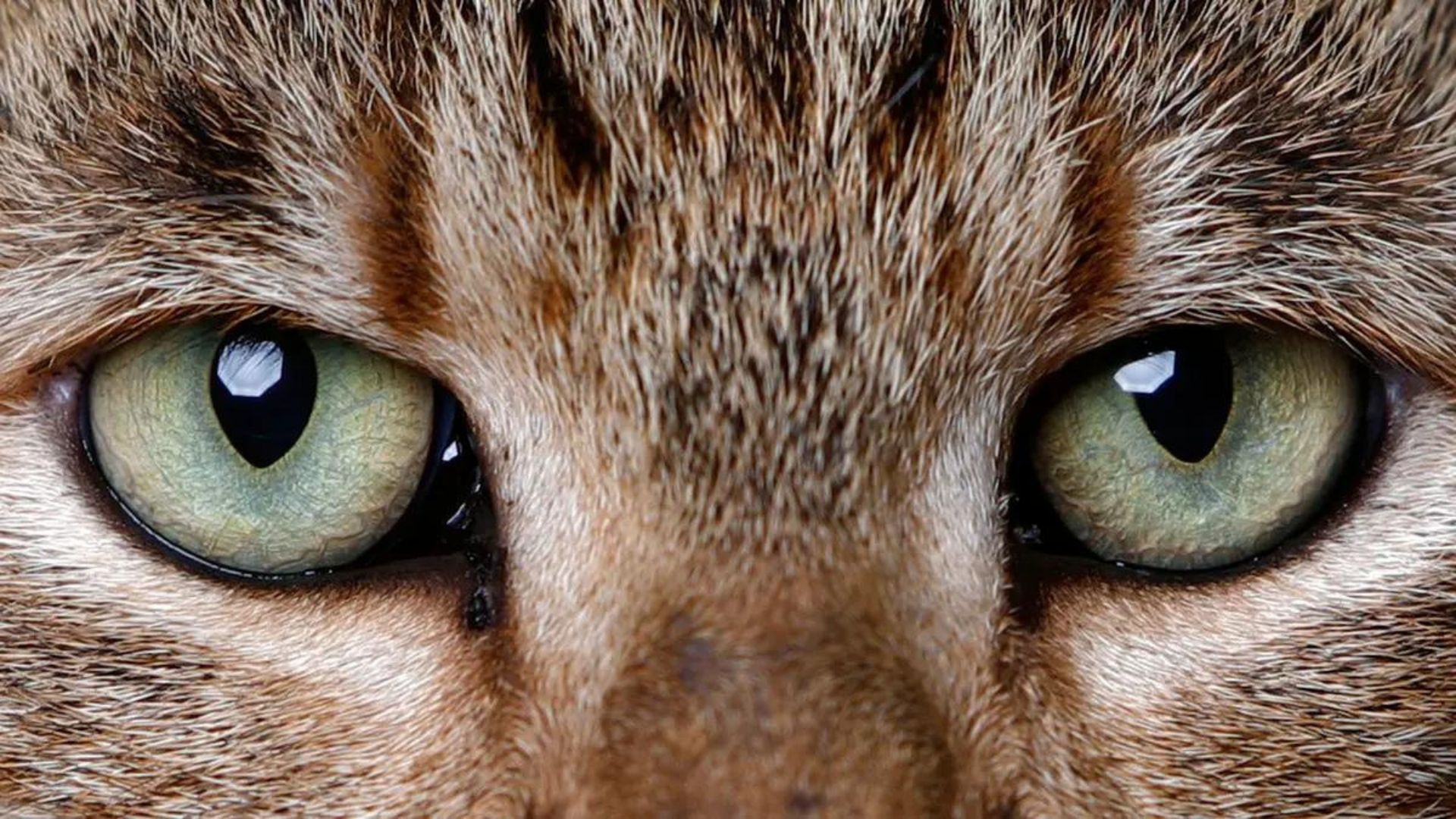 A cat lies on your lap, purring contentedly. Suddenly it snaps to attention. Its whiskers twitch. Its ears stand up. It launches itself at the windowsill. It makes a strange sound and bats at the window. It’s after a squirrel on the back fence.

That’s a cat for you. Cats outnumber dogs as the favorite pet of Americans. The cat is also a skillful predator. It’s designed by nature for hunting mice and other small animals.

THE BODY OF A CAT

Cats closely resemble their fossil ancestors of 34 million years ago. A cat’s skeleton has more than 230 bones. (A human being’s has 206.) Its hips and shoulders are loosely attached to its spine. Its tail provides balance. This build makes cats extremely nimble. A cat can survive falls by twisting in the air and landing on its feet.

A cat’s powerful muscles aid it in leaping and running. Its claws are attached to muscles that can extend the claws from the cat’s paws. The claws are designed for catching and holding prey. A cat has strong jaws and sharp teeth. It uses its teeth to kill and to rip apart its prey. It uses its rough tongue to strip meat from bones, as well as to clean itself.

A cat’s senses are well adapted for hunting. It can pick up smells hundreds of yards or meters away. It can hear a wide range of sounds, including those too high for human ears. It can turn its ears to focus on sounds. It has excellent eyesight, especially at night. It can see well to its sides and can accurately judge distances.

A female cat can have kittens by the age of nine or ten months. She carries her young for about nine weeks before giving birth. An average litter is about four kittens.

Kittens’ eyes open about eight to ten days after birth. For about six weeks, their only food is their mother’s milk. Then the mother starts bringing them scraps of food. She may bring back live prey.

Any cat will hunt—it’s their instinctive behavior. Kittens develop their hunting skills by watching their mother and imitating what she does. This is how they become good “mousers.”

SOME INTERESTING FACTS ABOUT CATS

Scientists are not sure why, or how, a cat purrs. It is not even certain whether a cat controls its purring.

Cats living in large numbers on farms form family groups, like the prides of their cousins, the African lions. No other member of the cat family behaves this way.

Your pet cat probably hates to get wet. But cats are natural swimmers.

Cats were once feared and hated in Europe. They were believed to be connected with witches and the devil. Fear of cats led to the superstition that a black cat crossing your path brings bad luck.

VACCINATION “You’ll just feel a little jab.” Ouch! That wasn’t too bad, and it could save your life. Most of us have had “shots” from a needle. These are usually vaccinations, and they are extremely valuable. They help protect us against diseases. VIRUSES Most...

LOBSTERS Can you grow a new body when you get too big for your old one? Of course not. But lobsters can. They keep growing their whole life. As a lobster grows, it often molts. This means that it grows a new shell and casts off its old one. It even regrows any legs or...

GREAT WALL OF CHINA Imagine a huge wall stretching for thousands of miles across the land. The wall winds through hills, climbs mountains, and crosses deserts. If you visit China you can see a wall like this. The Great Wall of China, as it is known, is the longest...

PAUL REVERE On April 18, 1775, in the dark of night, Paul Revere awoke to pounding on his door. Friends brought news: British troops were on the move! Revere pulled on his clothes and jumped on a borrowed horse. Along with two other horsemen, he galloped from his home...

People exercise to keep healthy. They exercise to lose weight or to stay fit. They exercise to make their muscles bigger and stronger. Maybe you play soccer or some other sport for exercise. Getting exercise can be fun and can make you feel good.
Exercise is a big part of staying physically fit. People who are physically fit are alert and full of energy. Exercise can also help people handle stress. Exercise is especially good for children, teens, and older persons.

When you play with friends, who gets to choose the game? Do you all decide together? Do each of you play a part in the decision? If so, you and your friends are a democracy.
Usually, when we speak of a democracy, we mean a country. In a democratic country, the people choose how they will be governed. Most of the time, they do this by electing leaders who run the government.

They called him “the man with a million stories.” People flocked to Marco Polo’s home to hear him tell exciting tales about his travels in distant lands.
Marco Polo won fame for his journeys across Asia. He wrote a book about his travels that became one of the most famous travel guides in history.

Ice cream is a frozen treat that comes in hundreds of flavors. What’s your favorite flavor? Is it vanilla? That’s the most popular flavor by far. Chocolate ranks second in popularity.
Ice cream is especially popular in the United States. In fact, Americans eat more ice cream than people in any other country.