Knowledge Plus | Who Is Jackie Robinson? 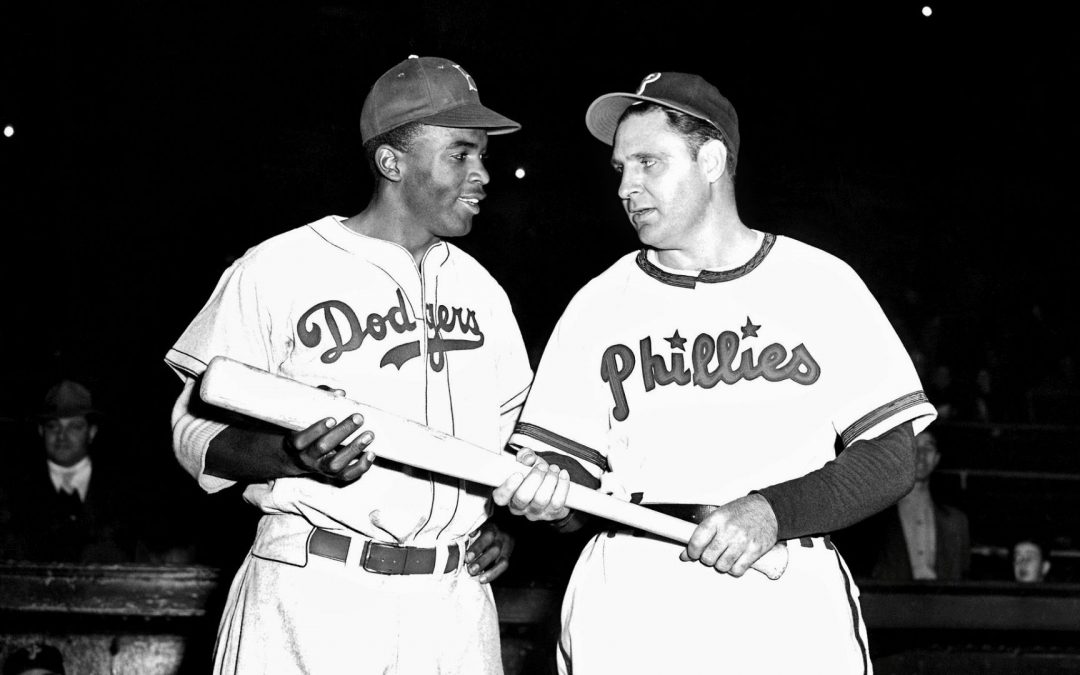 Who is Jackie Robinson? Do you know who that great athlete was? Join us and learn more about one of the most iconic baseball players and athletes of all time.

Who Is Jackie Robinson?

Baseball legend Jackie Robinson became the first black person to play on a major league team in the 20th century. As the only black player in an all-white league, Robinson had it tough. People called him names from the stands. Opposing players spit at him and sometimes tried to injure him on the field.

Robinson ignored the abuse to become one of baseball’s great stars. Jackie Robinson was more than a great athlete: He was a pioneer in American sports. He showed all Americans that it’s how you play on the field, not the color of your skin, that matters.

Jack Roosevelt Robinson was born in 1919 in Cairo, Georgia. Robinson went to college at the University of California at Los Angeles (UCLA), where he starred in baseball, football, basketball, and track and field. In fact, Robinson became the first student in the school’s history to earn varsity letters in four different sports!

In 1945, Robinson joined the Kansas City Monarchs of the Negro Leagues. The Negro Leagues were separate baseball leagues for black players. Later that year, he met with Branch Rickey, the president of the Brooklyn Dodgers. Rickey wanted Robinson to be the first black athlete to play big league baseball.

In 1947, after one year in the minor leagues, Robinson joined the Brooklyn Dodgers. Robinson had to put up with many insults and threats, just like Branch Rickey said he would.

Robinson never fought back. He just played great baseball. In doing so, Robinson broke baseball’s color barrier and helped open the way for other black players to join major league teams. Today, players from many different backgrounds and countries play in the major leagues.

WINNING FAME ON THE FIELD

Robinson was a powerful hitter and a talented fielder. But it was his great speed as a base runner that most frightened opposing teams. An excellent base stealer, Robinson accomplished one of baseball’s rarest and most exciting plays—stealing home—not once but 19 times.

In 1947, Robinson won the rookie of the year award for the best new player in major league baseball. In 1949, he was named the National League’s most valuable player (MVP), leading the league in batting and stolen bases.

Robinson played ten seasons with the Dodgers. He helped them win six National League pennants and one World Series. In 1962, Robinson became the first black player to be elected to the National Baseball Hall of Fame.