Word Power | The Story of Icarus and Daedalus 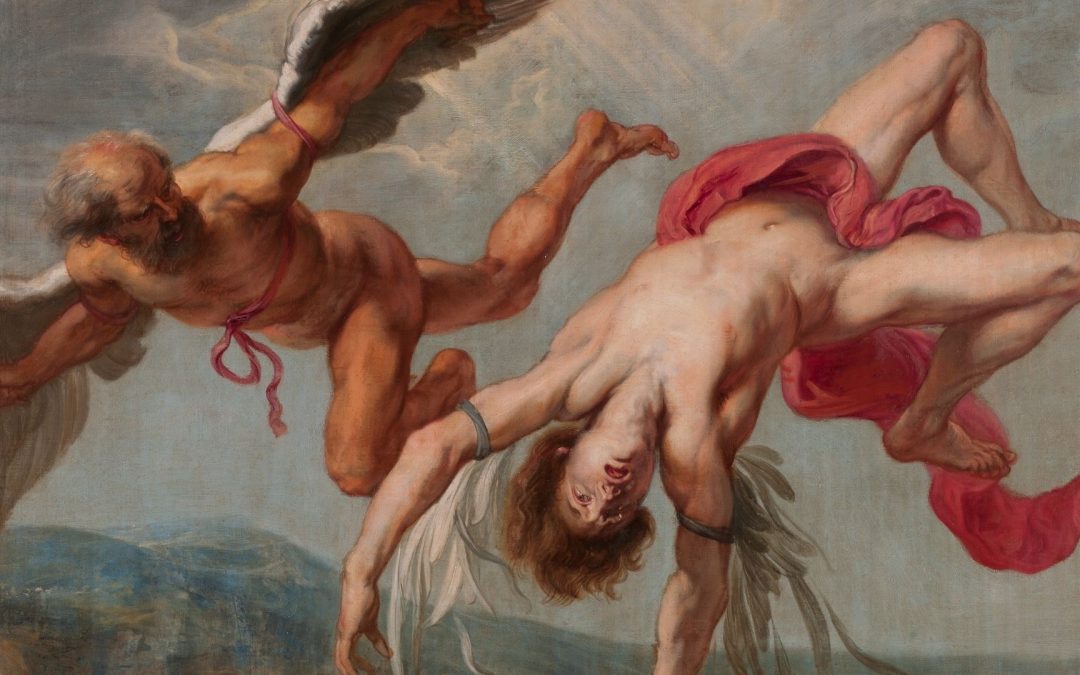 In our Word Power episode today, we will talk about the story of Icarus and Daedalus, and we will learn the following ten words: fickle, despise, incarcerate, cohesive, cleave, mold, disdain, prompt, quench and disintegrate.

The Story of Icarus and Daedalus

King Minos was the son of Zeus, the most important of the Greek gods. Minos, who ruled the island of Crete, was a fickle ruler. He might love his subjects one day and despise them the next. Daedalus and his son Icarus were the victims of the king’s changeable moods. Even though Daedalus had built the famous Labyrinth for King Minos, the king had Daedalus and his son imprisoned on an island. There Daedalus and Icarus spent their days watching seagulls float freely through the air. These birds gave Daedalus an idea for escaping his unjust incarceration.

Daedalus began to collect feathers and to form them into huge wings. Then he tied the feathers together with string and poured melted wax over them. As the wax cooled and hardened, it formed a cohesive glue. Next Daedalus fastened the wings to his shoulders and began to cleave the air by flapping his new wings back and forth. Slowly he began to rise from the ground and glide over his island prison.

When he floated back to earth, Daedalus immediately began to mold a set of wings for his son. Soon father and son were prepared to make their escape, but before taking to the air, Daedalus gave Icarus some final advice. “Remember, do not soar too high. The heat of the sun will melt the wax, and your wings will fall apart.” Icarus was young, however, and he disdained all advice from his elders. Once he was in the air, the joy he felt over his escape and the power of his youth prompted him to sail higher and higher into the air. Nothing could quench his desire to reach the heavens.

The higher he flew, the warmer the air became. Gradually the wings grew limp, and then they began to disintegrate. Feathers fluttered to the ground. Icarus tried flapping his wings harder and harder, but it was of no use. He fell headlong into the sea. Hearing his son’s cries, Daedalus began searching for him, but all he found were hundreds of feathers floating on the sea. He knew Icarus had drowned. So is it ever with youth who try to soar too high and too fast on fragile wings.