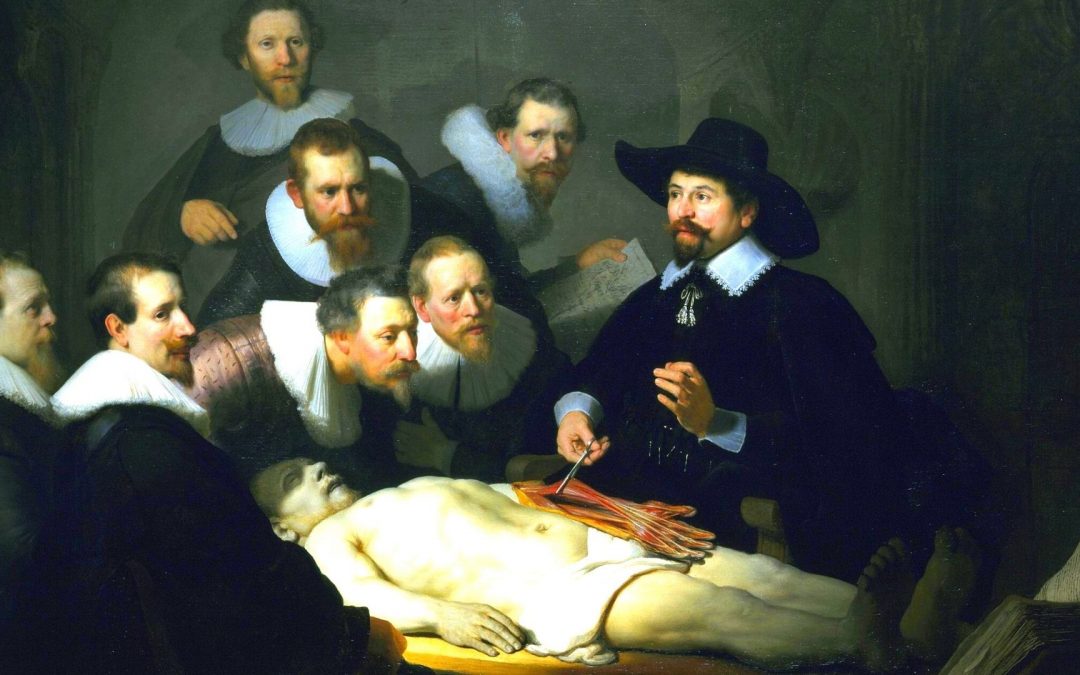 Regardless of one’s beliefs about the spiritual life of the soul, the treatment of our earthly remains is a matter of considerable importance. In nearly all cultures, to desecrate a dead body, even the body of an enemy, is abhorrent. Extreme measures are taken to recover the victims of mining disasters, plane crashes, and other accidents in order that their bodies may be properly buried. The cremated remains of loved ones are usually handled with great reverence. They have been lovingly scattered over the sea, housed in shrines, and even shot into space.

It is little surprise then that the idea of cutting apart and studying a dead body is charged with deep emotions. The thought of cutting into the human body was deeply repugnant to the early Chinese and Muslims. In the Middle Ages, many Western civilizations prohibited such human dissection. Even today, authorizing an autopsy on the body of a loved one can be a heart-wrenching decision.

It was not until the Renaissance that the dissection and study of corpses became an acceptable scientific practice. Only then was it possible to differentiate between the normal and abnormal appearances of human organs and to begin to link certain symptoms of a disease with observable abnormalities.

Until the nineteenth century, autopsies were limited to observations that could be made with the naked eye. The microscope made it possible to study the changes in the cells and link the way they mutate with disease and death. Modern, scientifically sophisticated autopsies require comprehensive chemical analysis. In addition to their scientific applications, modern autopsies have important legal significance. An autopsy can often determine whether death was the result of foul play or natural causes. The pathologist in such cases must be thorough and objective, listing all lethal and nonlethal facts uncovered during the examination of the body. Determining the cause of death requires a broad-based examination of the body, the scene of the death, and all related circumstances.

Episode 609 Word Power | Autopsy by English Plus Podcast on Scribd