The Odyssey Episode 01 | A Great Grandfather A Mercenary Grandson 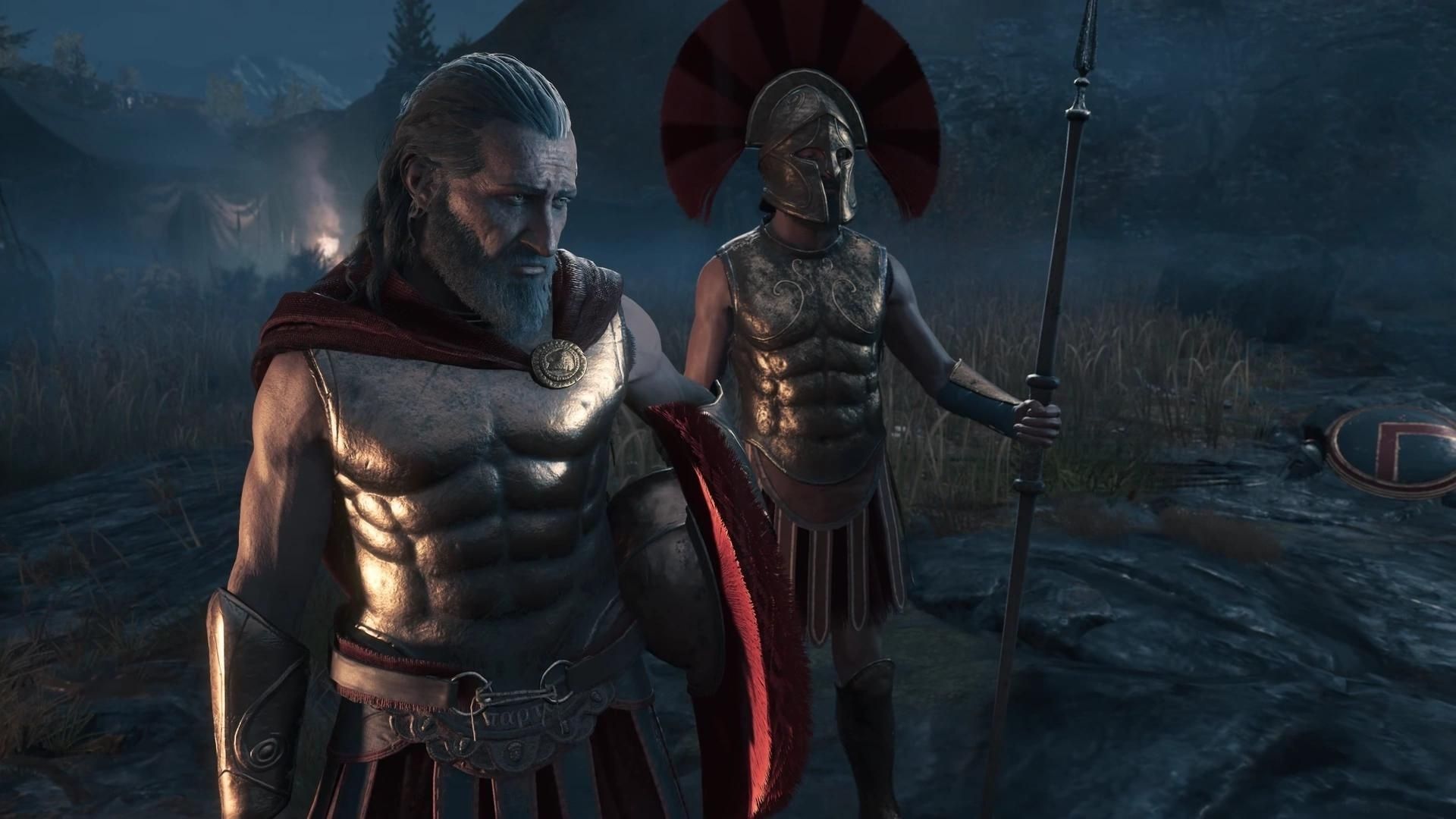 We will kick off our Odyssey with Leonidas and his 300, but we will then move all the way many years later and meet his grandson Alexios, who is a simple mercenary on the Island of Kephallonia. However, Alexios’ fate is much greater than being just a simple mercenary. Let’s meet our hero in this spectacular odyssey in the first episode of English Plus The Odyssey Video Series. We will also learn a lot of English along the way, and there’s more to practice on the website, so don’t miss on that opportunity and take your English to the next level with English Plus The Odyssey video series.

‘Would Have Liked to Have Done Something’

Well, for this episode, I’m going to focus on what Leonidas said to Dienekes before the beginning of the battle of Thermopylae. Let’s take a look at the context first and then, we’ll talk more about this very special expression.

Leonidas: Tell me Dienekes, have you every gone fishing with your son?

Dienekes: No, never. A soldier’s life is all I’ve had the honor to know.

Leonidas: I would have like to have gone fishing with my son. But now, let us meet our fate, shall we?

Well, this might seem like a very complicated expression, and it is kind of complicated, but its meaning is very simple. To understand it better, I will contrast it with the similar looking expression ‘I would like to do something’.

However, if you think that what you want is impossible or it is too late and you missed your chance, and this thing you really want has become a unfulfillable wish, you can use the other more complicated expression, ‘I would have liked to have done something.’ I know it looks, sounds and feels a lot more complicated, but it simply means that you don’t think it is possible anymore. Leonidas in our context said “I would have liked to have gone fishing with my son,” but Leonidas knows that there’s no chance this is going to happen, and he knows he’s going to die in battle, so he didn’t say, “I would like to go fishing with my son” because that makes it possible, and he knows as well as we do that it isn’t.

Another thing you need to know about this expression is that it’s all up what you think is possible or impossible; it’s not about science here. You can decide to choose whichever expression you like, but you have to know what each of them means.

So, now that we’ve understood the meaning of the expression, let’s see how we can form it:

All right, that’s a new expression you can add to your speaking and writing arsenal. Now let’s move on and see if you were really paying attention to what happened in the episode.

Alexios was not meant to stay a mere mercenary in the middle of nowhere for long. First, he needs to deal with the Cyclops and his thugs, but then he is meant to face his past and create his own destiny, which will eventually shape the destiny of the entire Greek world.
Alexios will meet the creepy Elpenor of Kirrha in this episode, and Elpenor will give Alexios a task that will put aside the mercenary and have Alexios become the man he was born to be.