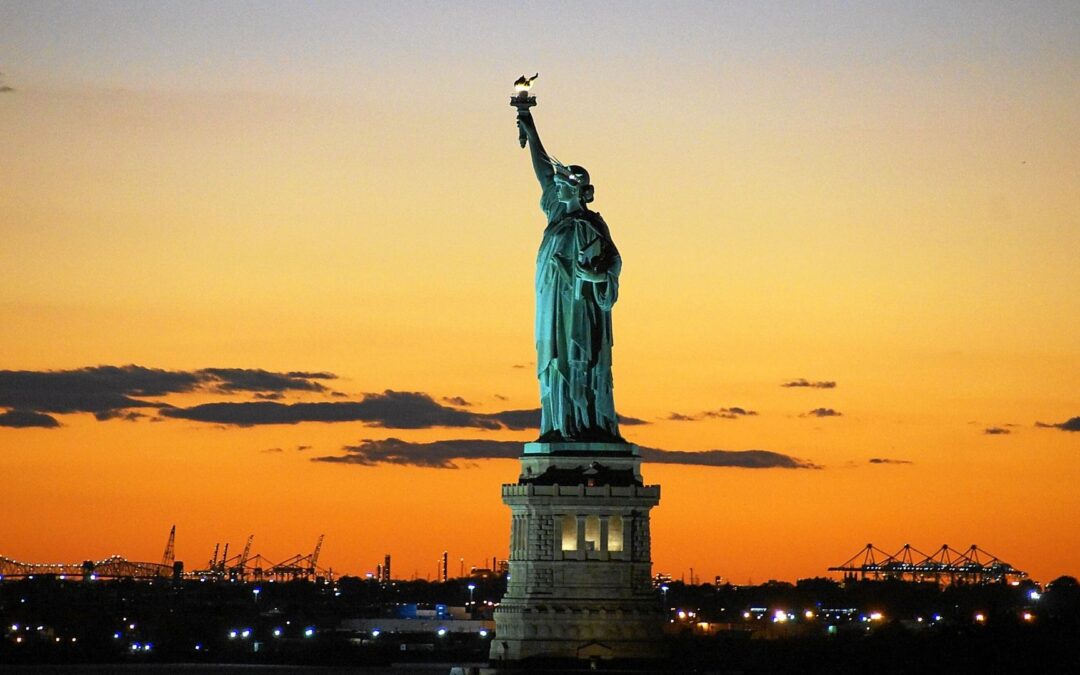 The Statue of Liberty’s Roots

On an island in New York Harbor stands a prominent symbol of the United States: the Statue of Liberty. This magnificent monument did not originate in the United States, however. The Statue of Liberty was a gift from the people of France to mark the one-hundred-year anniversary of American independence. In 1869, sculptor Frederic Auguste Bartholdi began to execute his concept for the monument.

Bartholdi chose the look of classic Greek and Roman figures. He envisioned Liberty as a strong and proud figure, one who was able to personify not only the majestic Greek goddesses of the past, but also the working men and women of the present. Liberty’s mountainous proportions made it necessary for Bartholdi to first build a small plaster model of the huge statue that eventually would rise over 111 feet. The index finger alone had a span of 7 feet 11 inches.

Finally, in 1884, the work was finished, and Liberty was packed into 214 crates and sent to New York City. Only one problem stood in the way. While the French had raised $400,000 to build the statue, New York had not secured the funds to build its foundation. It was not until a New York newspaper implored people for donations that money became available. Boys and girls sent spare change. Small donations by the thousands began to pour in. Finally, there was enough money to build the foundation, and on October 28, 1886, Americans celebrated the unveiling of the Statue of Liberty.

In the years that followed, the Statue of Liberty welcomed thousands of immigrants. In the 1980s, when the statue was found to have serious structural problems, people again rallied to restore the weak structure and refurbish the tarnished monument. During a full-scale restoration, the iron skeleton was reinforced with 300,000 additional rivets and painted a bright vermilion red to preserve the finish. Then Liberty was once again covered with copper. Today, the Statue of Liberty continues to stand as a symbol of freedom for those arriving on the United States’ shores.