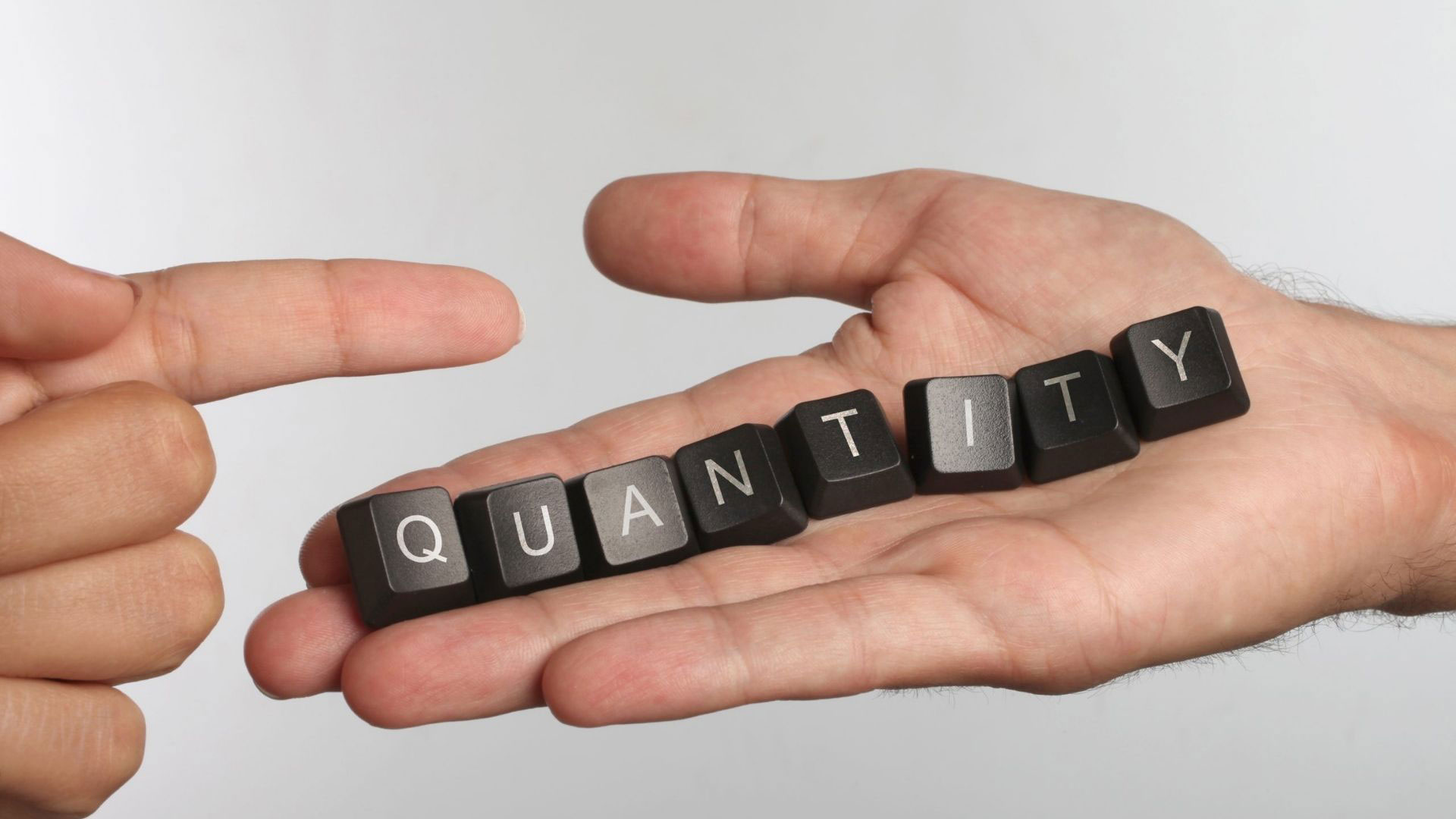 Learn words that have to do with quantity and amount in this new Word Power Series episode from English Plus Podcast.

Word Power Quantity and Amount by English Plus Podcast

Welcome to a new episode from English plus podcast. Our episode today is worth power, and we will focus in this word power episode on words that have to do with quantity and amount. But before we do that, let me remind you that you can find the transcript of this episode in a link. I will leave in the description.

[00:00:50] Now that being said, let’s not waste any more time and let’s start with our word power. Words that have to do with quality and amount. So now let’s jump right in and talk about our first example, the heavy winter snows and the warm spring weather caused an abundance of water to flow down the mountain streams.

[00:01:11] The word that I want to focus on here is abundance. A B U N D a N C E abundance. Now, if you look at this word and if you look at the context, what do you think that means? Do you think it means absence, generous amount, unusually small amount or shallow pool. When we talk about abundance, the heavy winter.

[00:01:55] And our second word, our guide seemed certain. We had brought an adequate supply of food for the hike. Any more would be too heavy to carry. So the word is adequate. Remember, we’re talking about words that have to do with quantity and amount, and that was our first word abundance that has to do with that.

[00:02:14] And this is the second word adequate that also has to do with quantity and amount. So adequate is spelled a D E Q U a T E. Adequate. What do you think it means? Does it mean uncertain, incomplete, dangerously, low or satisfactory? Now here, this example, doesn’t tell us that there’s something wrong. The guide seemed certain.

[00:02:39] We had brought an adequate supply of food for the hike anymore would be too heavy to carry. There’s no need. So obviously adequate means satisfactory. If something is adequate, there’s enough of it, or it is good enough to be used or accepted. So that is adequate. Now let’s move on to our next example. The perfect weather and rich soil assured us of an ample crop of vegetables.

[00:03:26] It can’t be insufficient. It can’t be weak or thin. When we talk about empl, we’re talking about more than enough. If there is an ample amount of something, there’s enough of it and usually some extra. So that was ample now for our next example, after the huge meal and dessert, Harvey could hardly get his belt around his bloated stomach.

[00:04:15] We’re obviously talking about swollen. If somebody’s body or part of their bodies bloated, it is much larger than normal, usually because it has a lot of liquid or gas inside it. And that is exactly how Harvey stomach was like. So that was bloated. Now let’s move on to the next example. Thanks to a bounteous harvest.

[00:04:36] The farmer was able to rent out part of his land and purchase some new machinery. So here, our word is bounteous B O U N T E O U S bounteous. If you want to think about the word bounteous do you think it’s close in meaning to barely enough puny, plentiful or poor? Now here, if we look at the sentence again, we will see that we have some good things that happened as a result of this bounteous harvest.

[00:05:05] The farmer was able to rent out part of his land and purchase some new machinery. So that was good. It’s definitely not poor. It’s definitely not barely enough for puny. It is plentiful to be bounteous is to be plentiful and abundant and to be giving freely and generously. That is bounteous. And now let’s move on to talk about deficiency.

[00:05:26] Let’s take a look at this example, a deficiency of certain vitamins in your diet can cause you to feel weak and listless. So the word here is deficiency, D E F I C I E N C Y. Deficiency. Now here, are we talking about a large supply? Are we talking about a surplus and overflow or shortage, which has a close meaning to deficiency?

[00:05:52] If you look at the sentence, remember, always try to look for clues in the context. If you don’t remember the word or if it is a completely new word, try to look for clues in the sentence or obviously index and you will mostly find something that will tell you what this word is about. At least if it is a positive word or a negative word.

[00:06:54] Does it mean not worth considering, does it mean great, surprising or wide? What do you think? Oh, here, if we think about the sentence again, we can see that. The difference in the price did not help them decide or was not the main factor, why they decided to buy this car or that car, because the difference was not big was negligible.

[00:07:39] So now let’s move on to the next word, saturate the broken drain pipe, dripped water for days and saturated the carpet with dirty water. So saturate is spelled S a T U R a T E saturate. So here saturate, we’re talking about a broken drain pipe. It dripped water for days and it’s saturated the carpet. What does that mean?

[00:08:24] The water was dirty. It was filled completely with dirty water. So of course, if something, or someone is saturated, they become extremely wet, but we can use saturate in a different meaning that is quite commonly used as well. If people are things saturate a place or object, they fill it completely so that no more can be added.

[00:09:28] What does that mean? Does that mean abundance, unknown amount? Lack or growing volume. So obviously we’re not talking about something that is there. We have scarcity here because if there were food in the area, the Buffalo wouldn’t move, but the Buffalo moved further South where they could find food. So here we’re not talking about abundance.

[00:09:50] We’re not talking about growing volume, we’re talking about lack. So that was scarcity. If there is a scarcity of something, there is not enough of it for the people who need it or want it. And now for our last word for this episode, and that is voluminous. Let’s take a look at this example. The apartment was rather small, but it did have voluminous closets for storing all my winter clothes.

[00:11:02] The words today had to do with quantity and amount. I hope you found the words useful. Don’t forget that you can practice these words in the PDF practice worksheets that you can get by becoming a patron of the show on Patreon. And with that being said, let me remind you that you can find the transcript of this episode in a link.

[00:11:35] Subscribers. With that being said, thank you very much for listening to another episode from English plus podcast. This is your host, Danny. I will see you next time.