What Do You Know about Sharks? 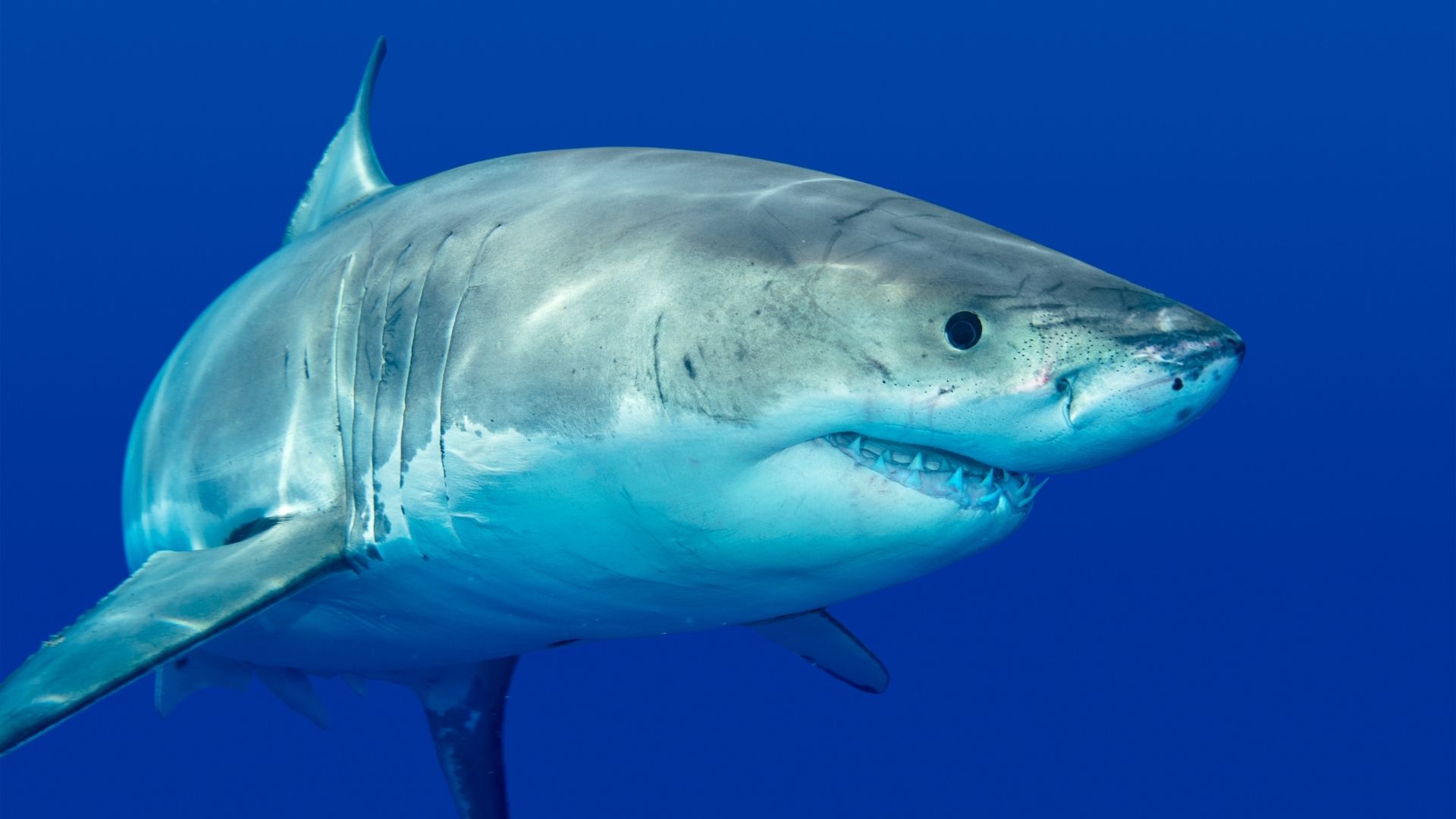 What do you know about sharks? Learn about sharks in this new Do You Know episode from English Plus Podcast.

What Do You Know about Sharks?

When you think of sharks, you probably think of big jaws and teeth. That is what sharks are known for. Sharks are also known for their skill in hunting prey (animals they eat). But some sharks don’t hunt, and some have really small teeth. The largest sharks, the whale shark and the basking shark, use a kind of strainer, instead of teeth, to catch food. These sharks strain tiny plants and animals out of the water that enters their mouths as they swim.

A shark is a fish that lives in the sea. Sharks have lived on Earth for almost 400 million years. Today, there are about 375 species (kinds) of sharks. The smallest is the dwarf dogfish, less than 8 inches (20 centimeters) long. The huge whale shark can be more than 50 feet (15 meters) long.

Sharks, like all fish, are vertebrates (animals with a backbone). A shark’s skeleton, however, is not made of bone. It is made of a bendable material called cartilage.

Sharks, like other fish, are cold-blooded. They do not make their own body heat.

Sharks live in seas all over the world. Most sharks live in warmer waters. However, sharks have been spotted near the North and South poles.

Sharks live in salt water, but some can live for a while in fresh water. Bull sharks, for example, can swim up the Mississippi River.

Some kinds of sharks live in shallow water along coastlines. Other sharks live far out in the open ocean. A few species live deep down in the sea.

Sharks have long, streamlined bodies that taper in front and back. This shape lets sharks glide gracefully through the water. It also helps them put on great bursts of speed.

Most shark species have bodies that are from 3 feet (1 meter) to 6 feet (2 meters) long. The best-known sharks, however, are the biggest sharks. Hammerheads, tropical sharks with T-shaped heads, can be 12 feet (3.5 meters) long. Great white sharks are often more than 20 feet (6 meters) long.

A shark’s body may look smooth, but it is actually covered with tiny, rough scales. These scales feel like sandpaper to the touch.

Sharks have several fins that help them swim. Their dorsal fins keep them steady in the water. Fins behind the head help them turn and move up and down. Fins near the tail help keep them level. The big tail fin, however, is what really makes a shark go fast.

If a shark stops swimming, it will fall to the sea bottom. Unlike other fish, a shark does not have a swim bladder. An air-filled swim bladder helps fish float.

Most sharks have to keep swimming in order to breathe. Like all fish, a shark breathes through its gills. Gills take oxygen out of the water. All animals need oxygen in order to live.

Unlike other fish, a shark does not have the muscles to pump water through its gills. Sharks have to move in order for water to enter the gill slits on the sides of their heads.

Most sharks have powerful jaws and rows of sharp, triangular teeth. They use their teeth and jaws to crush their prey or tear out pieces of flesh.

Your teeth are anchored in your jaw. A shark’s teeth are set into its gums. Sharks often lose teeth while eating. However, there are always rows of new teeth growing behind the first set. As a shark loses teeth, new ones move forward to replace them.

A shark’s sense of smell is so powerful that it can detect odors in the water hundreds of meters away. Sharks’ eyes detect very small movements and can see in dark waters.

Sharks, like other fish, have a special sense called the lateral line, which runs around the side of the body and into the head. It can sense the tiniest vibrations in the water caused by sounds or animal movements. Sharks can also sense weak electrical currents from nerves and muscles in living animals.

Females in some shark species lay eggs outside their bodies. Others keep the eggs in their bodies until they hatch. Still others give birth to live young much the way mammals do.

Fish is the favorite food of most meat-eating sharks, along with shellfish. Great white sharks will sometimes eat larger prey, such as seals, dolphins, whales, and other marine mammals.

Sharks play an important role in keeping ecosystems in balance. Sharks often eat weak or diseased animals. Biologists fear that without sharks, the number of other animals in the sea would quickly grow out of control and eat all the food. It might take many years to restore the delicate balance that sharks help maintain.

Sharks have a reputation for attacking people, but these attacks are rare. One study showed that there are fewer than 100 shark attacks worldwide in a year. Most of the victims do not die. Researchers believe that sharks often attack humans by mistake, thinking that they are prey.

People are actually a bigger threat to sharks. Humans hunt sharks for sport, food, medicine, and leather (skin). Shark meat and shark-fin soup are popular in many places around the world. Some people hunt sharks just for their fins, throwing the rest of the shark back in the sea to die. Because of this, some sharks have become endangered. Scientists are trying to decide how best to protect sharks so they won’t disappear.