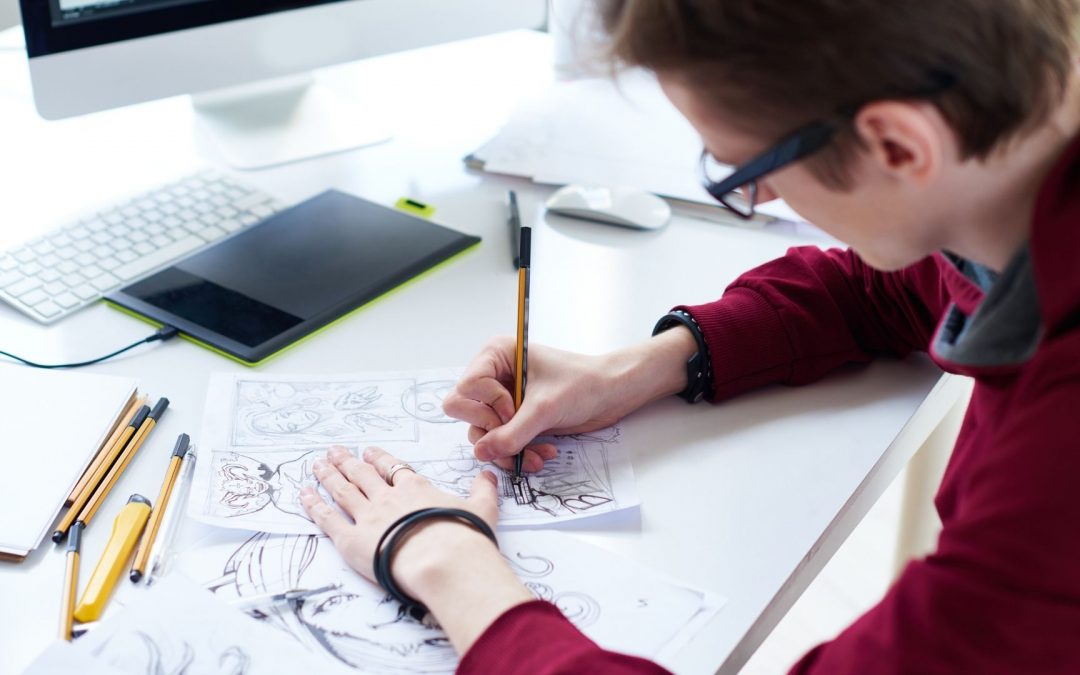 Do comic strips in the newspaper make you laugh? Perhaps you prefer colorful comic books about the adventures of superheroes? Or maybe you like cartoons on television or animated movies? Whatever your choice, chances are you enjoy some form of cartoons and comics.

The word cartoon once meant something entirely different than it does today. It was used to describe a sketch made by an artist to prepare for a painting or other work. In the 1840s, the English magazine Punch published cartoons that made fun of artwork planned for public buildings in London. Since then, “cartoon” has generally meant a drawing intended to be funny or to make a point.

Many newspapers and magazines have editorial cartoons, which express an opinion. Such cartoons often use caricatures, or exaggerations of a person’s features, to make fun of figures like politicians. Gag cartoons tell a joke. Editorial and gag cartoons usually have a single panel, a box with a border around it. They may include words, but sometimes they show only a drawing.

Cartoons that are animated, or appear to move, have been around for centuries. The first ones were called flipbooks. They were made of pages of drawings. Each drawing was slightly different from the last. People flipped the pages with their thumb. The characters appeared to move.

Early animated movies were like flipbooks. They were costly and difficult to make. Each picture had to be drawn separately by hand. A seven-minute cartoon used over 10,000 drawings! Eventually, new methods were invented that made cartoons easier and cheaper to make. Today, animated cartoons are a big part of television. Have you ever watched Scooby Doo, The Simpsons, or SpongeBob SquarePants?

Comics, or comic strips, are cartoons with several panels that tell a story. You can find comic strips in the funny papers, a section of the daily newspaper. In some comics, each daily strip tells its own story. In others, each strip is part of a continuing story. Popular comic-strip characters include Charlie Brown, his dog Snoopy, and their friends in Peanuts, and the fussy cat in Garfield.

New superheroes soon appeared in other comic books, including the Flash, Wonder Woman, and Captain Marvel. Comic books in the 1960s introduced a whole new set of superheroes, such as X-Men, Spider-Man, and the Fantastic Four. These newer superheroes all had special powers, but they had problems in life like everyone else.

For many years, many people looked down on comics as silly stories and a waste of time. This attitude changed. In the 1980s and 1990s, comics began attracting lots of collectors and even scholars who studied them. Comic collectors hold big conferences in the United States and Canada to buy, sell, and trade comics. Today, some comic books, called graphic novels, are considered serious literature. In 1992, the graphic novel Maus, by Art Spiegelman, won a prestigious award called the Pulitzer Prize.