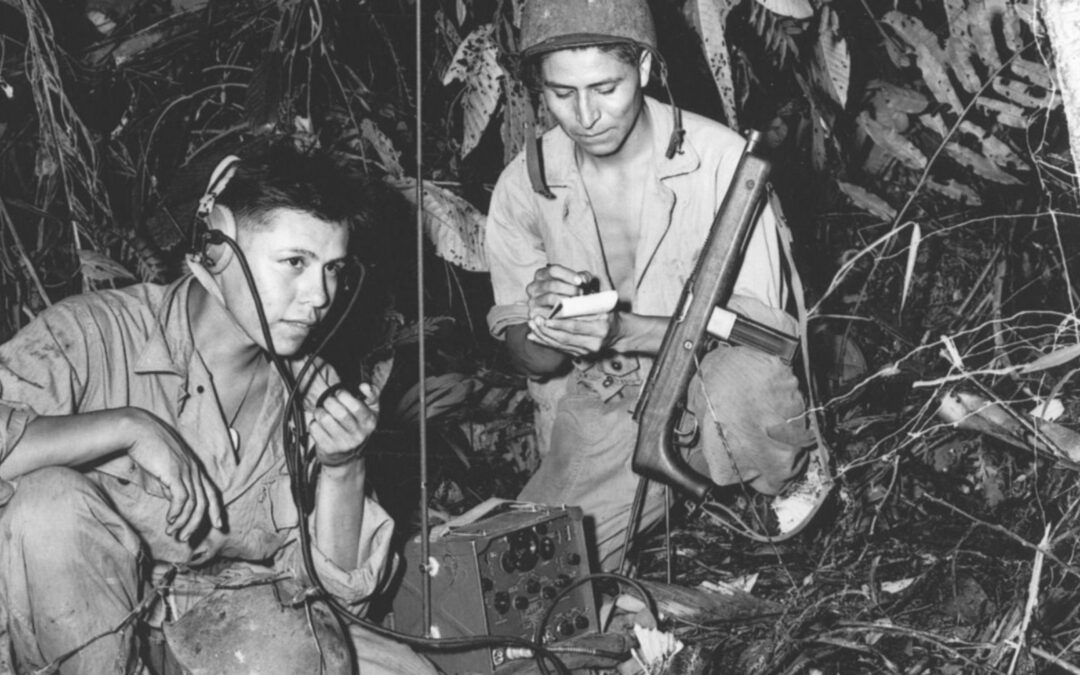 During World War II, an exceptional group of Americans honed speech into a precise weapon and went to war for the United States. Despite the fact that they participated in battles from Guadalcanal to Okinawa, their story is at best a footnote in war archives. They were the Navajo code talkers, and theirs remains one of the few unbroken codes in military history.

Unknown to the enemy and most Americans, Native Americans had served covertly as communication specialists in World War I by sending messages in their tribal languages. Their use was circumscribed, however, by their lack of words for such crucial terms as machine gun and grenade. When World War II broke out, a young man who had grown up on a reservation proposed a guaranteed-unbreakable code to the Marines. The officers at Camp Elliott were incredulous at first, but when Philip Johnston and fifteen Navajo friends demonstrated their facility with the system, the Marines made a decision that would influence the outcome of the war.

Previous warfare codes had been too easily broken by the enemy. Germans deciphering English codes could tap common linguistic roots. Japanese soldiers eavesdropping on radio broadcasts were often graduates of American universities. Navajo, however, was entirely foreign to the enemy. It is a tonal language, so its vowels rise and fall, changing meaning with pitch. A single Navajo verb can translate into an entire English sentence. The Marines were confident that the arcane language would give them the needed edge.

To devise their vocabulary, the Navajo code talkers named planes after birds, and ships after fish. When they ran out of flora and fauna, they constructed word games: district became the Navajo words for deer ice strict and belong became long bee. Within days, the Navajo polyglots were encoding and decoding sensitive military dispatches quickly and almost effortlessly.

More than 3,600 Navajos served in World War II, but only 420 were code talkers. Members of all six Marine Corps divisions in the Asian-Pacific theater, they surmounted the difficulties and baffled the Japanese for three years with a hodgepodge of everyday Navajo and some 400 code words of their own creation. Although many of the Navajo code talkers remained in the Marines and served in Korea and Vietnam, the top secret code was never used again. It was declassified in 1968. Only then did the secret come out.