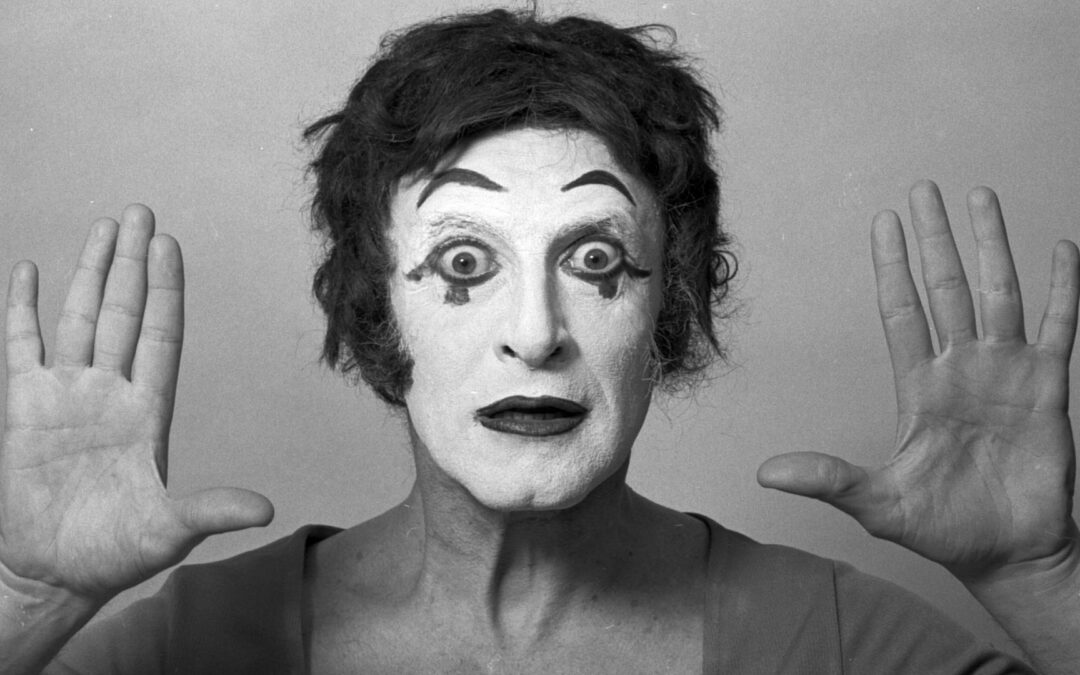 Master of the Wordless Theater

Schooled in the nuances of gesture and facial expression, mimes encourage audiences to examine body movements with the keen attention of a detective searching for clues. The body language of mimes unravels the mysteries of character, motivation, and plot that they adroitly crowd into sketches lasting only minutes. The truly skilled, like Marcel Marceau, invite us to share a world that exists only in the imagination.

Born in France, Marcel Marceau developed an early taste for pantomime as he watched the antics of Charlie Chaplin, Buster Keaton, and the Marx Brothers in movies that broke down language barriers and national differences. After serving in the army during World War II, he entered the School of Dramatic Art in Paris. There he created his famous character Bip, who was named after the character Pip in Charles Dickens’s Great Expectations.

Marceau tells most of his stories through this simple, pathetic, and irrepressible clown. In a stovepipe hat decorated with a bobbing red flower, Bip walks against the imaginary wind, nurses a seemingly sore finger, pulls an imaginary rope in a tug-of-war, catches a make-believe butterfly, and climbs an imaginary flight of stairs. His performances are deceptively simple, yet they embody the most intricate theatrical techniques. With his body as his primary instrument, he twists, turns, and bends. His eyes and his stark, almost shocking, painted-white face further absorb the audience in the action. As Marceau has said, “Pantomime is the art of expressing feelings and attitudes, not a means of expressing words through gestures.”

Marcel Marceau’s aim is simply to make his audience see, feel, and hear the invisible. Each of the sketches in his repertoire offers a glimpse into the amusing foibles of human nature. With posture and facial expression alone, he recreates fugitive displays of misery, jealousy, solitude, defeat, frustration, and shame. Having given some 15,000 performances in more than 100 countries, Marceau in his final years devoted most of his energy to the students enrolled in his mime school and troupe. A great believer in technique, he drilled them in classical and modern dance, juggling, fencing, acrobatics, and jazz in addition to the grammar of mime. These young artists are his legacy. Through them, he hoped to introduce the magic of mime to a generation shaped by the noise and action of television.