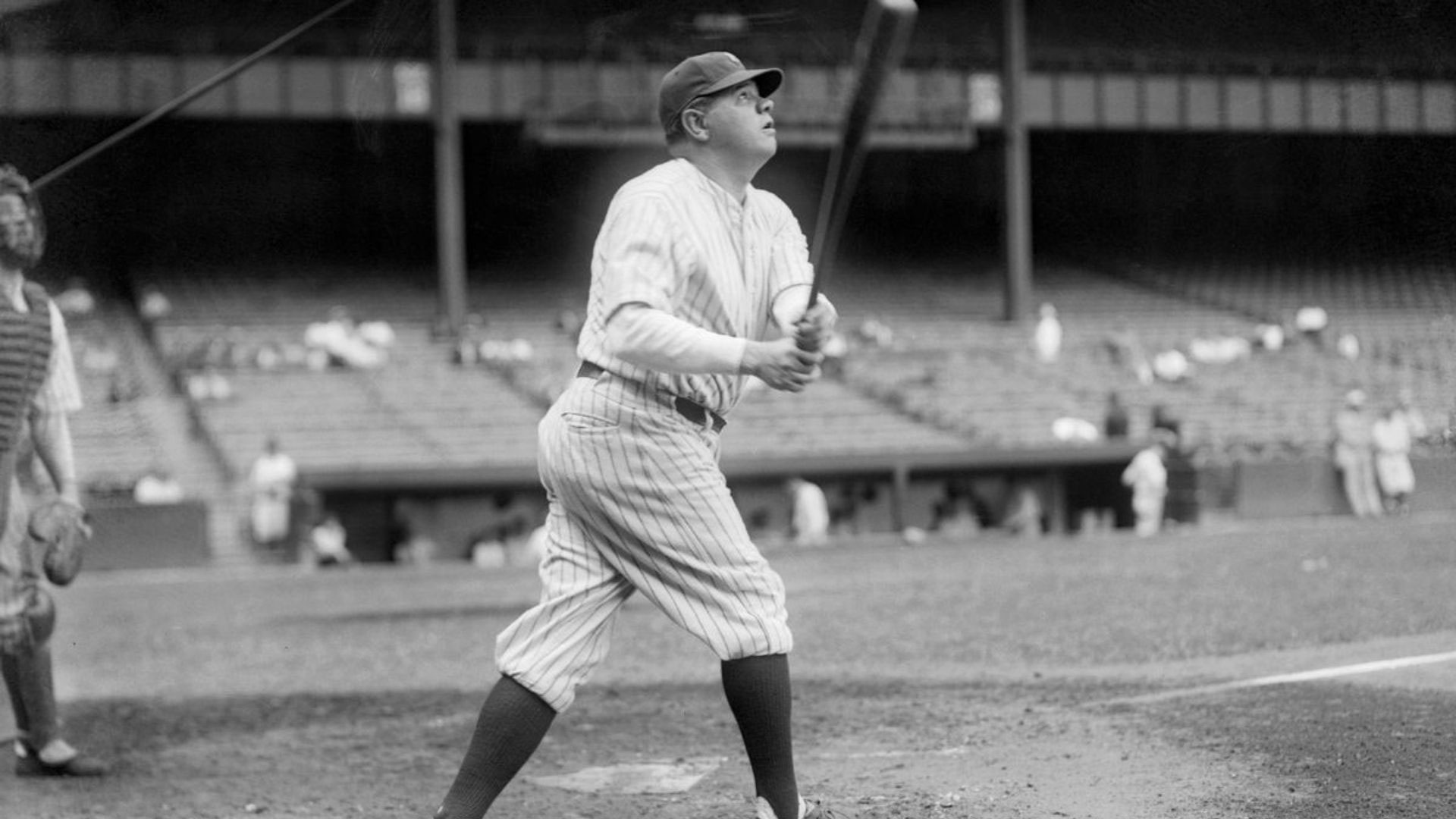 Learn about the legendary baseball player Babe Ruth in this new listening episode from English Plus Podcast.

Baseball fans called him Babe, the Bambino, and the Sultan of Swat. He set home run records that lasted for decades. His full name was George Herman Ruth, and he became one of the greatest heroes in American sports.

Babe Ruth led the Boston Red Sox to three World Series championships. Then he helped make the New York Yankees the most successful major league team of his time.

Ruth overcame a troubled childhood to achieve baseball glory. He was born in Baltimore, Maryland, in 1895. The young Ruth fell in with a rough crowd on the streets of the city’s waterfront. When he was seven, he was sent to live in an orphanage and reform school. While there, a Roman Catholic priest taught Ruth to play baseball.

Young Ruth showed great promise as an all-around player. At the reform school, he played first base, third base, and the outfield when needed. He eventually became a catcher. One day during practice, Ruth took the pitching mound. Ruth had never pitched before, but he amazed onlookers with his powerful sidearm throwing style. Most of all, Ruth was a natural hitter, easily swatting balls from his first time at bat.

At the age of 19, Ruth signed a contract with the Baltimore Orioles, then a minor league team. The owner, Jack Dunn, took the young ballplayer under his wing. People soon began calling Ruth “Dunn’s baby.” Eventually they just started calling him “Babe.” It was a sign of things to come when Babe hit a home run in his first professional at-bat.

Baltimore sold Ruth’s contract to the Boston Red Sox, and he made his major league debut in 1914. Although Ruth was signed as a pitcher, the Red Sox also used him as an outfielder. That way, he could play more games and get to bat more times. In 1919, Ruth led the major leagues with 29 home runs. No player had ever hit that many in a single season.

As a home run hitter, Ruth was just getting started. He was traded to the New York Yankees in 1920, and he hit 54 homers that year. The following year he hit 59, and in 1927 he hit 60. That stood as the major league, season home run record until Roger Maris of the Yankees hit 61 in 1961.

In 1923, the Yankees opened a new ballpark called Yankee Stadium. But fans soon began calling Yankee Stadium “The House That Ruth Built” to honor their hero. As a Yankee, Ruth played in seven World Series, with the Yankees winning four of them.

He was born in the last decade of the nineteenth century.

a period of ten consecutive years

You say that people or their actions are rough when they use too much force and not enough care or gentleness.

If a surface is rough, it is uneven and not smooth.

A rough area, city, school, or other place is unpleasant and dangerous because there is a lot of violence or crime there.

If you overcome a problem or a feeling, you successfully deal with it and control it.

If you are overcome by a feeling or event, it is so strong or has such a strong effect that you cannot think clearly.

If you are overcome by smoke or a poisonous gas, you become very ill or die from breathing it in.

A troubled place, situation, organization, or time has many problems or conflicts.

Someone who is troubled is worried because they have problems.

If you pour oil on troubled waters, you try to calm down a difficult situation.

An orphanage is a place where orphans live and are looked after.

an institution for orphans and abandoned children

The orphanage was his home until he was 10.

When someone reforms or when something reforms them, they stop doing things that society does not approve of, such as breaking the law or drinking too much alcohol.

Reform consists of changes and improvements to a law, social system, or institution. A reform is an instance of such a change or improvement.

If someone reforms something such as a law, social system, or institution, they change or improve it.

If you take someone under your wing, you look after them, help them, and protect them.

If you say that something or someone clips your wings, you mean that they restrict your freedom to do what you want.

If you spread your wings, you do something new and rather difficult or move to a new place, because you feel more confident in your abilities than you used to and you want to gain wider experience.

In baseball, an at bat is a turn at hitting the ball.

The debut of a performer or sports player is their first public performance, appearance, or recording.

a first appearance before the public, as of an actor

It was the fastest selling debut album in the history of the British charts.

When a sports player retires from their sport, they stop playing in competitions. When they retire from a race or a match, they stop competing in it.

When older people retire, they leave their job and usually stop working completely.

I have decided to retire from Formula One racing at the end of the season.