Of Chess and Life | Are You a King? 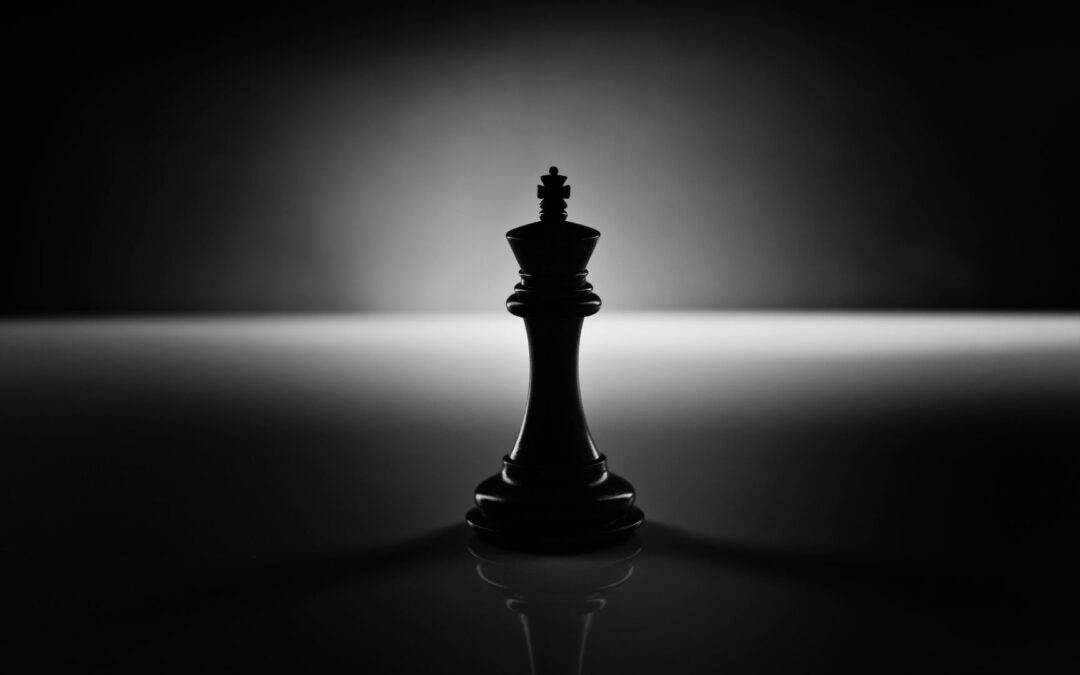 You don’t have to be a chess player, or even a fan to know if you are a king or not. In this Of Chess and Life episode, I will only help you answer this simple question and here I insist on addressing this question to both men and women, are you a king?

Are You A Piece At All?

You might be offended that I am even trying to call you a piece. No one should ever condone with such a cheap shot by any writer no matter how smart he may try to sound. But the question still stands; which piece are you? Or better yet, are you a piece at all? Well, I guess I need to make sense soon before you lose your interest in all this nonsense and skip this article and go find better things to read.

Let me start by telling you about chess and its pieces and then you can decide for yourself if that is in any way similar to you or your life. Chess is a game consists of 16 pieces comprising the army that face each other on each side of an eight by eight checkered board. So far, so good, no? But the beauty of chess is that not all pieces are created the same. They are different; they have different abilities and strengths and their value changes radically in different phases of the game and the more you place them in their optimal squares, they play their roles to perfection and they can be as strong as they can get.

This might start to make sense to you, but please wait and read a little longer and you will understand exactly what I am getting at. I am not trying to categorize you or to tell you who you are; the only person who can answer this question is you. I am just helping you with the questions you may want to ask yourself to figure out who you are, or who you would like to be.

So, after saying this, are you a piece at all? Maybe not yet. You are not ready yet to answer this question, or maybe you just don’t want to limit yourself to only one piece. And you’re right! No player in the history of chess has ever played only one game, and I will state the obvious truth here — not even the legends of chess won all their games, ever. So, relax and don’t feel that I am trying to limit you or your abilities, but chess is all about strategy and tactics. It’s not about learning who you are, then accepting who you are and live the rest of your life just like that; on the contrary, it is about evaluating your current situation, and which piece you think you are in this situation, and try to get the best out of the situation you can see in front of you. We will get to all that later in the book, but now before you and I lose track of the original question, which piece do you think you are? Well, there is no way you can answer this even if you know how to play chess. Let’s start by talking about the pieces and see, before the game starts, which piece you identify yourself with the most.

Are you a King?

Now let us cast aside gender issues before talking about any piece, because when I say a king, I don’t necessarily mean a man, or when I say a queen, I don’t exactly mean a woman. Let’s agree regardless of your gender that you can be any piece you like, all right? So, what is so special about being a king in a game of chess?

Well, to start off, you are the king. Isn’t that enough? Well, maybe it is for some people, maybe other people prefer mobility over status, and in that case they might not like being a king at all. You see a king, in a game of chess as in life, is the most important piece on the board and while that is great, it makes it the target of all enemy troops and the responsibility of all your own troops to protect at all cost. You might see other pieces sacrifice themselves to save the king. You might lose your beloved queen to keep your throne, or sacrifice a few pawns, a bishop, a knight, all to save the king. You might like that, being the most valuable piece and all, but you rarely win battles, and you don’t usually take real action until the very last stages of the game, so you are not as mobile as a pawn who charges forward and goes even behind enemy lines and most of the time lives a short, but exciting life.

So, are you a king? The king can move only one square in any direction on the chessboard, which is special because you and your queen are the only pieces allowed to move in any direction you want, but you are limited to only one square at a time. You see your guards need to figure out how to keep protecting you with every single move you make, so you cannot take the risks they take and you might claim a win at the end of the game, but you will never be able to deliver a spectacular checkmate or a any checkmate for that matter. You see you belong to royalty, and royalty have a code amongst them. They are not allowed to attack each other directly; they send other troops to do their dirty work.

Is the picture of being a king getting clearer to you now? So, are you a king? You don’t have to decide yet. There are still five other types of pieces we still haven’t talked about, and you might want to wait and see which one is the most similar to who you are.

Let’s get back to our king and while we talked about being a king in general, no two kings are the same in a game of chess. There are good kings and bad kings, strong kings and weak kings. At the beginning of a chess game, the king usually tries to seek shelter and hide behind his troops to fend himself from the heavy fire power of the enemy heavy gunners, artillery units and of course, infantry. But while your troops battle the enemy troops, and as usual, there will be casualties on both sides, both armies will become weaker and weaker, and in the middle game, the king can choose to move strategically not only to safer positions, but also to positions where he can support his soldiers wearied by battle and threats coming from all over the battlefield. Therefore, a good king would usually seek prophylactic moves to safer places where he can support his own troops, or at least lessen their burden of defending him at all times. However, there are bad kings as well, immovable kings that expose themselves and kind of expect everyone to protect them all the time and by doing that they overload their defending units until all defenses crumble down and fall, so a bad king does nothing but watch his troops trying hard to defend him and the kingdom of course, and because they are either too arrogant or too stupid to move away from incoming enemy fire, they force their units to unnecessarily shield them and die in vain.

The king’s role gets more and more important as the game draws to its later stages, which we call in chess, the endgame. In the endgame, all the major heavy firepower units are usually gone, and the ones left on the board are less powerful and thus less dangerous, so the king can move. So while in the middle game, there are arrogant kings and reasonably humble kings, in the endgame, there are brave kings and cowardly kings, so if you are a king, which kind of kind are you? After seeing all the slaughter happening before your own eyes in the opening and middle game, will you venture through the bloody mud and maybe become not only the most important piece in the game, but the most powerful. The general rule says that activated and mobile kings are much more powerful than cornered kings with limited mobility. You cannot rely on your troops anymore for protection. Most of them are gone, anyway. There are no one left to serve you, either. They’re gone, my liege. It’s time for you to pick up the pieces and move valiantly straight into the battlefield and help the few soldiers left in your army to achieve victory, to say at least that the sacrifices made by their brothers and sisters did not go in vain. So will you be the brave king who will step up and protect what’s left of his army in time and perhaps help the few wounded left win the battle and make the day worth every drop of blood spilled, or will you cower in your corner and wait for the inevitable checkmate?

I know there might be times when you won’t have to move at all, but many a time you will have to make a decision, and then can you make that hard decision, or will you be that indecisive leader who lost the battle because you were too hesitant to take action? Or maybe you were just too afraid to take action, and when you finally decided to take that action, it was already too late? The stakes are high for being a king; you might have enjoyed the status, the servants, the protection at the beginning, but will you be there at the end? Will you be able to keep your head and justify the many sacrifices your army made? These are some of the questions you might want to ask yourself before you decide to become a king.

Pretty dramatic being a king in a game of chess, don’t you think? It is no less dramatic being a king in real life! It doesn’t matter whether you are a real king with a crown and scepter, a king in your company, a king among your friends or in your own family. You can be that most valuable member of the group, and everyone is ready to sacrifice themselves willingly to keep you safe because you are all that matters to them. Well, you can be that and decide to behave as a good, clever king or you can be arrogant and dumb and bring death and destruction to your company, family or entire kingdom. So, are you a king? Or would you like to be one? Maybe, but don’t decide just yet, let’s think about the other pieces as well before you make your final decision. You will find these topics in the rest of the chapter in the upcoming book “Chess and Life”