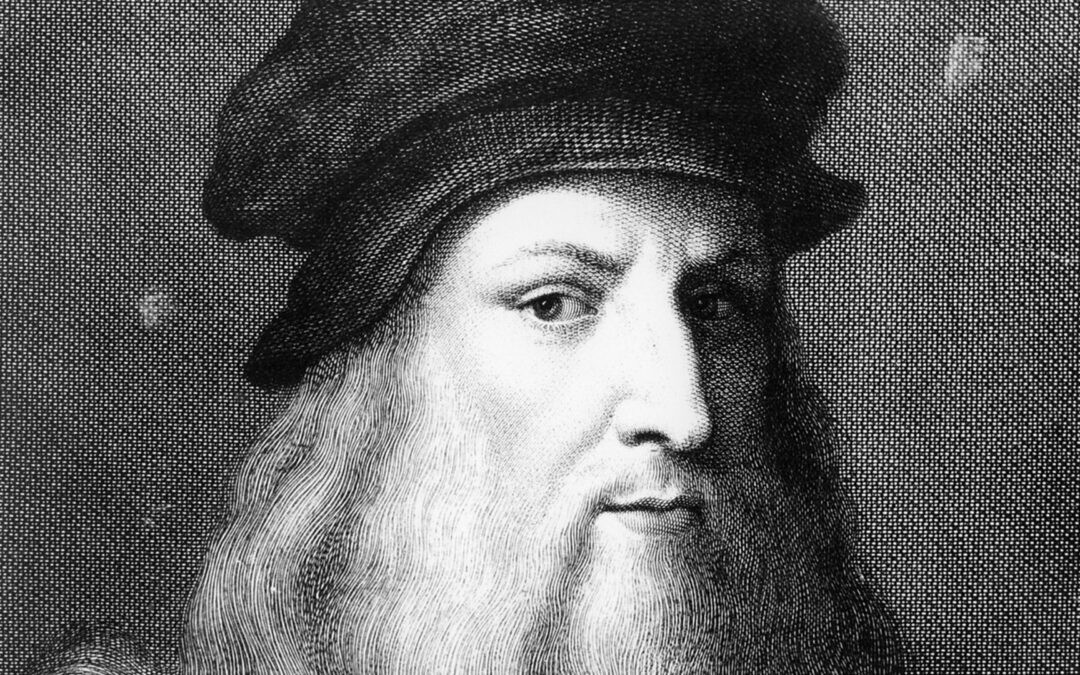 Leonardo da Vinci excelled as a painter, sculptor, architect, engineer, and scientist. He had endless curiosity. Leonardo wanted to understand how things worked. He wanted to put down on paper what he saw. He left thousands of pages of drawings and notes that recorded his thoughts.

Leonardo was born in 1452 in the small town of Vinci, near Florence, Italy. He had little schooling and was largely self-taught.

Leonardo seemed to be good at everything he tried. He was handsome, a good speaker, and a fine musician. He trained as a painter with Andrea del Verrocchio, a leading artist in Florence. Leonardo later worked for dukes and kings.

HIS MOST FAMOUS PAINTINGS

Leonardo produced a relatively small number of paintings, and he left some of them unfinished. But he had original ideas that influenced Italian artists long after his death. Leonardo believed painting was a science. He applied scientific thinking in his art so that his paintings looked more like the real world. One of his most important painting techniques was sfumato, a blending of one area of color into another so there are no sharp outlines.

Leonardo used sfumato in one of his most famous paintings, the Mona Lisa. When you look at this portrait, notice how colors shade into each other on her face and hands. See how Leonardo has blurred the edges of her mouth to give her the hint of a smile. This mysterious smile has fascinated people for centuries. It looks as if Mona Lisa’s expression might change at any moment because of the way Leonardo has softened the edges of the mouth, eyes, and cheeks. She seems almost alive.

Many people consider a mural by Leonardo known as The Last Supper to be his masterpiece. Christ, seated in the middle of The Last Supper, has just announced that one of his 12 apostles will betray him. Leonardo places the figures in this painting in a way that increases the drama of the announcement. Christ is the calm center. His body, which is set slightly apart from the others, forms a stable triangle. The apostles are arranged in four groups, some leaning toward Christ and some leaning away. Their gestures and the expressions on their faces reveal their reactions to Christ’s words.

HIS DRAWINGS AND NOTEBOOKS

Drawing was Leonardo’s favorite tool. He said that drawing was a better way of communicating ideas than words were. He drew catapults and war machines. He drew the muscles and skeletons of human beings and other animals. He drew clouds, swirling water, and storms. He designed churches that were never built.

Leonardo’s drawings and theories are contained in numerous notebooks. His ideas were far in advance of what other people were thinking at the time. But the notebooks were not published during his lifetime. Had his notebooks been published, they might have revolutionized scientific thinking in the 1500s. Leonardo’s deep love of research was the key to both his artistic and scientific endeavors. Leonardo died in 1519.