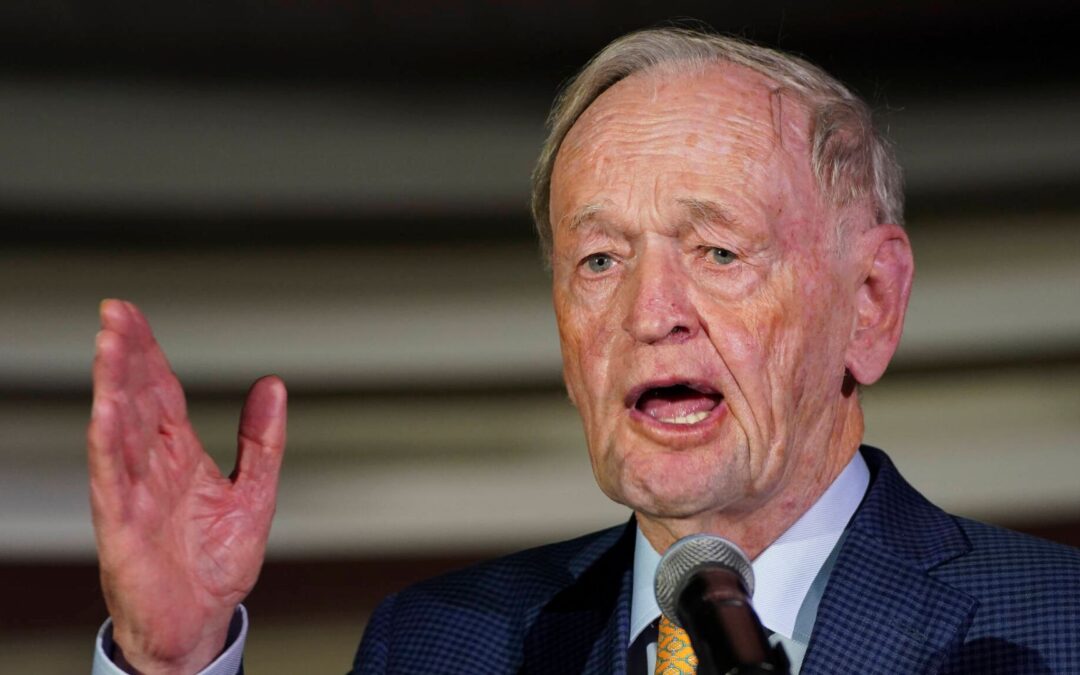 As a boy, Jean Chrétien was often picked on. A childhood illness left his face partially paralyzed. It also made him deaf in one ear. When he was teased about these things, he would fight back, and sometimes get in trouble.

Jean Joseph Jacques Chrétien was born in 1934 in the province of Québec. He was the 18th of 19 children. Ten of his siblings died young.

When Chrétien was five years old, he was sent to boarding school. Chrétien disliked it so much he once faked an attack of appendicitis, a serious illness. He had surgery so he would be sent home!

Young Chrétien took an interest in politics. His father was an organizer for Canada’s Liberal Party. By age 14, Chrétien was attending rallies and handing out information for the Liberal Party.

After graduating from college, Chrétien decided to become a lawyer. He earned his license to practice law at the age of 24. By the age of 29, he had won a seat in Canada’s Parliament representing Québec.

When Chrétien entered Parliament in 1963, English was Canada’s only official language. But Chrétien had grown up in French-speaking Québec. As an adult, he had to learn English as a second language!

In 1968, Prime Minister Pierre Trudeau made Chrétien the minister of Indian Affairs and Northern Development. Chrétien served in Canada’s Parliament for 27 years. During that time, he held 12 ministerial posts.

In 1990, the Liberal Party elected Chrétien as its leader. In 1993, Chrétien became Canada’s prime minister.

One of Chrétien’s biggest achievements as the nation’s leader was to cut government spending. This reduced the government’s huge debts. Chrétien’s spending cuts won credit for helping Canada’s economy grow.

Chrétien also fought a separatist movement in Québec. Some people in Québec did not want to be part of Canada. They did not believe the government cared much about their interests. Chrétien worked to defeat the Separatists, and support for their cause declined.

In 2003, Chrétien retired from office after ten years as prime minister.