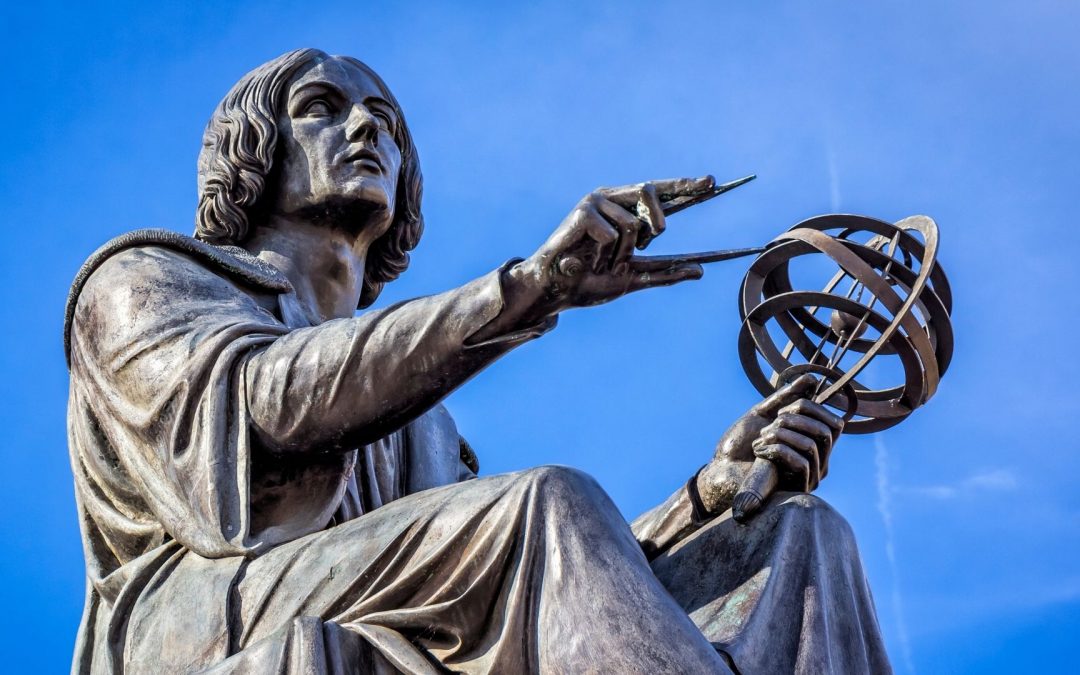 Who is Copernicus? What do you know about the man who is called the father of astronomy? If you want to learn more listen to this Do You Know episode from English Plus Podcast.

When Nicolaus Copernicus went to school, he learned that Earth was the center of the universe and that everything in the heavens revolved around Earth. The Sun and all the planets circled around Earth, he was told.

The Earth-centered theory taught to Copernicus had been developed 1,400 years before by an astronomer named Ptolemy, who lived in Alexandria, Egypt. Copernicus looked into Ptolemy’s system more carefully and came up with a different idea. He was sure that the Sun is the center of our solar system and that Earth and the other planets go around the Sun. He was right, of course. Today, we think of Copernicus as the founder of modern astronomy.

HIS LIFE AND CAREER

Copernicus was born on February 19, 1473, in Toruñ, Poland. His family was well-to-do. Copernicus went to the best schools. He studied medicine, law, and religion in Italy. He also became interested in astronomy. In 1503, he went back to Poland to work for his uncle. He also worked on his new theory about how Earth moves.

Copernicus thought that Earth turns once a day and goes around the Sun once a year. Copernicus decided that the way Earth turns makes it look like the Sun, stars, and planets are going around the Earth.

In 1530, he wrote a book called On the Revolutions of the Celestial Spheres. The book was published in 1543, just before Copernicus died. Most astronomers and church officials thought his ideas were too radical. Some others, however, secretly thought he was right.

The Italian astronomer Galileo, German astronomer Johannes Kepler, and English physicist Sir Isaac Newton later did studies that supported the ideas of Copernicus. Not until the early 1700s, however, did most scientists agree that Copernicus was right.