Do You Know | Volcanoes 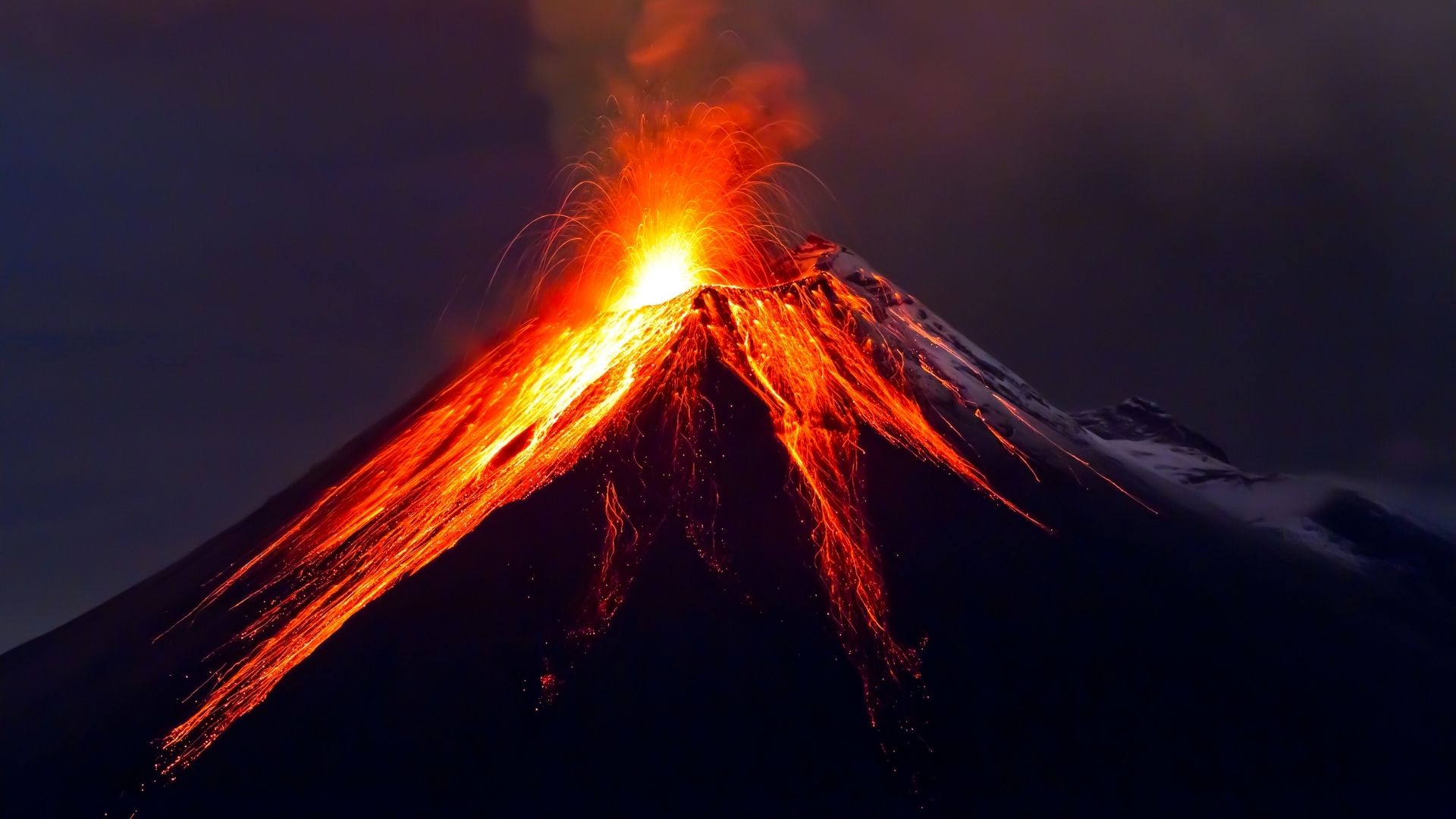 Do You Know | Volcanoes

Learn about volcanoes and practice your listening skills in the PDF downloadable worksheet. A new Do You Know episode from English Plus Podcast.

Episode 317 Do You Know Volcanoes

Suddenly, the top of a mountain blows off. A ball of fire goes up into the air. Dark clouds of dust, ash, and cinders cover the sky. Rivers of fire pour down the sides of the mountain. This is what can happen when a volcano erupts. Erupting volcanoes have killed thousands of people. The dust and ash have buried whole towns.

WHAT MAKES A VOLCANO?

The magma pushes up through cracks in solid rock. It collects in big underground spaces. The spaces are called magma chambers. The hot magma melts a tube through the rock up to the surface. Suddenly it blasts up the tube and comes out of the ground.

Once magma erupts from a volcano, it is called lava. The lava cools and hardens into rock.

A volcano can erupt many times. The lava can build up to make a mountain. Many mountains made by volcanoes have a bowl-shaped dip in their top called a crater.

There are different kinds of volcanoes. Volcanoes can be different shapes and sizes. Some volcanoes do not even look like mountains.

WHAT ARE THE KINDS OF VOLCANOES?

Some volcanoes have a cone shape. Mount Fuji in Japan is a cone-shaped volcano. Mount Saint Helens is also cone-shaped.

Sometimes a volcano blows out all of its magma. Part or all of the mountain collapses into the empty magma chamber underground. All that is left is a pit in the ground. The pit is called a caldera. Crater Lake in Oregon is a caldera that filled up with water.

Sometimes lava and pieces of rock flow out of a volcano like a flood. The lava and rock pieces can cover a huge area. They make big, flat plains called volcanic plateaus. The Columbia Plateau in the states of Oregon, Washington, and Idaho is a volcanic plateau.

WHERE DO VOLCANOES FORM?

Volcanoes form only in certain places. They form because Earth is actually a big ball of partly melted rock surrounded by a crust of solid rock. Earth’s crust is broken into gigantic plates. The plates slowly slide around on the partly melted rock deep inside Earth. Volcanoes often form at the edges of the plates.

In some places, the plates move apart. Lava comes out of the cracks between the plates. There are big cracks where plates are splitting apart under the Atlantic Ocean. Lava pours out of these cracks. The lava cools and hardens in the water and makes new seafloor.

In some places, the plates come together. Sometimes the edge of one plate slips under another plate. The edge goes deep into the hot Earth and melts. It makes magma. The magma pushes up into spaces in the rock. When there is lots of magma, it erupts to make a volcano. Mount Saint Helens was made this way.

DO ALL VOLCANOES ERUPT?

Some volcanoes have not erupted for a long time, but they could erupt again. These are called dormant volcanoes.

Scientists try to figure out when volcanoes will erupt. Studying volcanoes is hard and dangerous work. Scientists drill into volcanoes. They make maps of the inside of the volcano. They use satellites to study volcanoes from space. Scientists have been able to predict a few eruptions. But it is not easy to tell what a volcano might do.