Do You Know | Ancient Greece 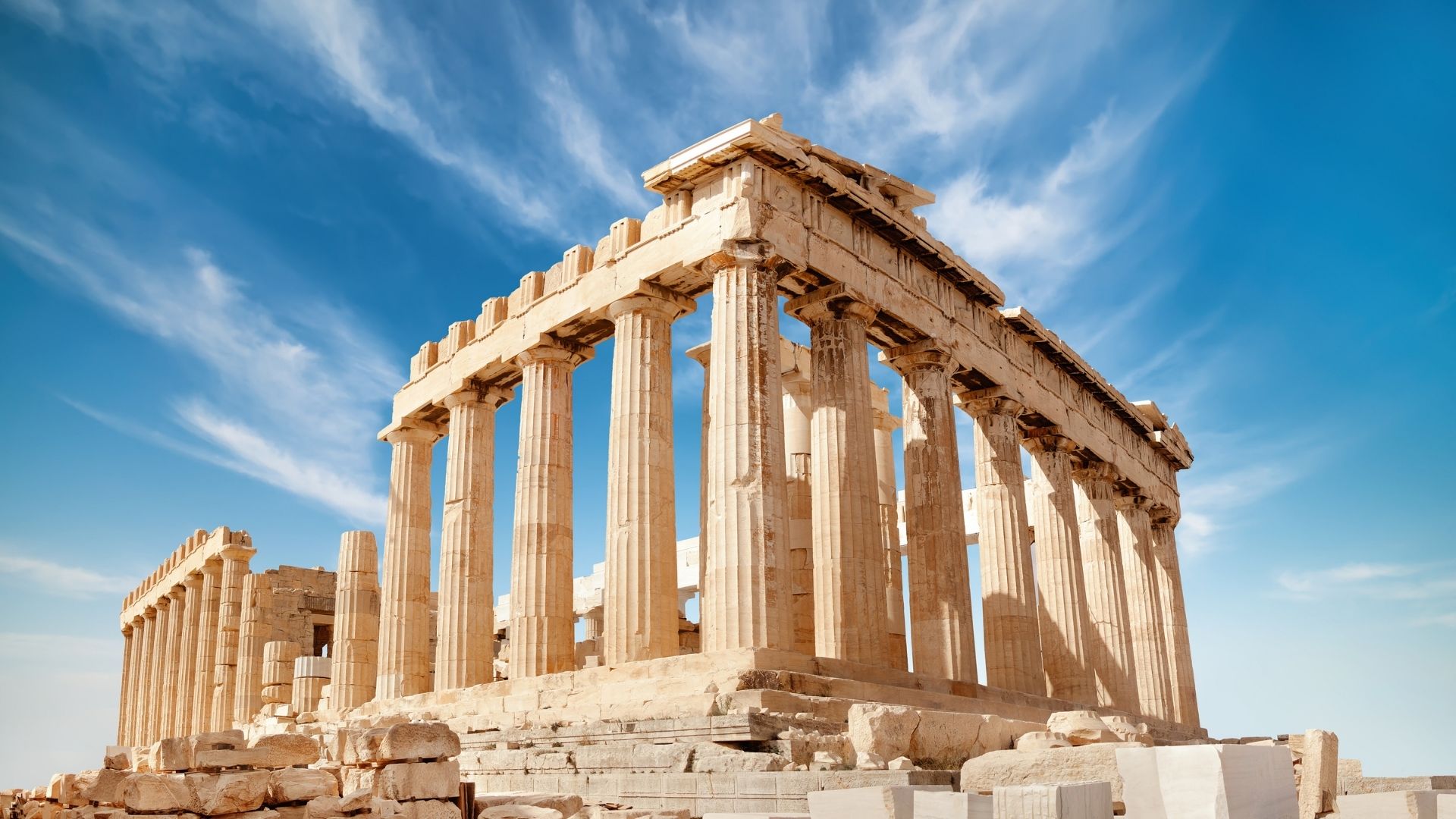 Do You Know | Ancient Greece

Episode 318 Do You Know Ancient Greece

Without the Greeks, who would have given us science, technology, democracy, politics, drama, and history? All of these words, as well as the ideas they represent, originated in ancient Greece.

WHERE WAS ANCIENT GREECE?

Greece is a mountainous peninsula that juts into the Mediterranean Sea. It includes hundreds of rocky islands off the coast. But the people of ancient Greece settled over a much wider area, from southern France to Asia Minor (now Turkey). Everywhere they went, they brought their language and traditions with them.

WHEN DID GREEK CIVILIZATION BEGIN?

The first Greek civilization developed on the Mediterranean island of Crete around 2200 B.C.. This civilization was called Minoan after a legendary ruler of Crete named Minos. The Minoans lived by farming, fishing, and seafaring. Their rulers built huge, brightly painted palaces. A magnificent palace at Knossos may have belonged to King Minos. The Minoans invented a way of writing, but no one today can read it.

Soon after 1500 B.C., Minoan civilization collapsed. Mycenae, a city on mainland Greece, rose to power. The Mycenaeans built palaces fortified with massive walls, and they rode in chariots. They must have been rich because beautiful objects of gold were found in their graves. The Mycenaeans were warriors. They fought each other, and they went to war in distant places, such as Troy in Asia Minor.

These wars were disastrous for Greece. From 1000 to 750 B.C., farming, craftwork, and trade suffered. People even forgot how to write!

HOW DID GREECE REBUILD?

A city-state also controlled the surrounding countryside. In villages and on farms, Greek families grew olives, grapes, and grain for food. They raised sheep and goats for hides and wool.

Along the coast, people lived by fishing or by trading with other Mediterranean lands. They sold olive oil, wine, timber, and craft products. The Greeks were especially known for their excellent metalwork and painted pottery.

The Greeks liked debating, questioning, and exploring new ideas. They admired logical arguments and scientific proof. They believed in justice and human dignity. But they were not all equal. Some Greeks were born free. Others were slaves with no rights. Greek men had freedom to work, study, and travel. Women spent their lives at home. They wove cloth, bore children, and cared for their families.

The Greeks also believed in gods who controlled human lives. They honored the gods and made offerings to them. In return, they hoped for blessings. To please the gods, city-states held religious festivals, with competitions in music, dance, drama, poetry, and sports. The Olympic Games began as a religious festival of this kind, probably in 776 B.C..

WHICH WAS THE STRONGEST CITY-STATE?

By around 500 B.C., two city-states were supreme. Sparta was famous for its fearsome fighting men. It had a powerful ruling council, secret police, and spies. All its citizens—including women and children—were trained to be tough and brave. Slaves grew food.

Athens was a democracy. All adult male citizens had the right to elect leaders, serve on juries, and debate government plans. Athenians prized learning and the arts. They asked the best artists, architects, philosophers, and writers to live and work in their city. From 480 to 359 B.C., Athens collected tribute (payments) from smaller, weaker Greek cities. It used this money, and wealth from its silver mines, to buy warships. It also rebuilt the center of the city in magnificent style, with temples, statues, law courts, theaters, and strong walls.

From 490 to 479 B.C., Athens and Sparta fought together against invaders from Persia. But then they became rivals. From 431 to 404 B.C., they fought each other in a bitter war. The war severely weakened both powers.

HOW DID GREEK POWER END?

In 338 B.C., Greece was conquered by Macedonia, a kingdom to the north. City-states lost their political power, but Greek civilization continued and spread to many distant lands. Under Macedonian rule, Greek philosophers, mathematicians, and scientists made discoveries that are still useful today.

In 146 B.C., Roman armies invaded Greece. Roman leaders admired Greek achievements, and so Greek ideas and artistic styles spread still further, through the lands of the Roman Empire. In ad 395, Greece became part of the Byzantine Empire. It was ruled from the city of Constantinople (now Istanbul, Turkey). Greek language, knowledge, and technology remained important until the Byzantine Empire fell to Ottoman Turks in 1453.

THE INFLUENCE OF ANCIENT GREECE

Today, Greek civilization still shapes the way people think, speak, study, govern, design buildings, and spend their leisure time. Many words in the English language come from Greek roots. Questions raised by Greek philosophers are still debated. Greek plays are read and performed. The Olympic Games are held every four years, just as in ancient Greece. Many of our buildings—especially those with tall, round columns—are modeled after Greek buildings. The influence of ancient Greece is felt throughout Europe and in all the lands that European nations once ruled.