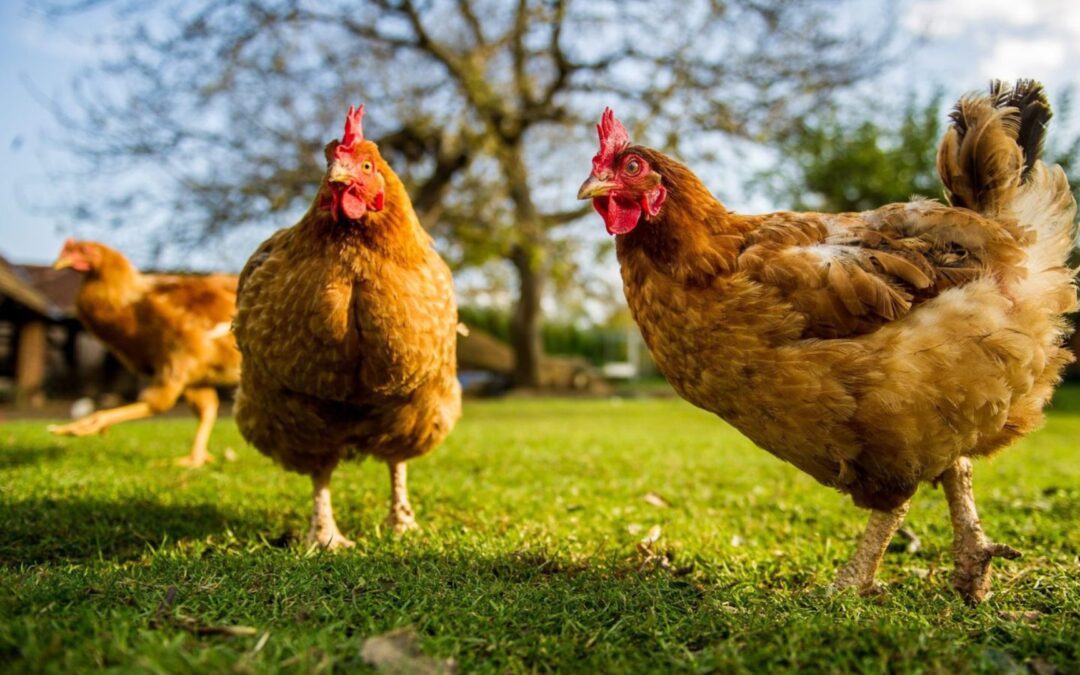 Have you ever watched baby chickens hatch? You can see them on farms and at many children’s zoos.

The baby chick is inside a shell. It pecks at the shell for a while, and then it rests. When the chick has pecked away enough of the shell, it breaks out. Baby chickens are covered with soft down.

WHY DOES A CHICKEN LAY AN EGG?

Baby chickens come from eggs. Only female chickens, or hens, can lay eggs. For a chick to grow, the egg must be fertilized by a male chicken. Male chickens are called roosters.

Inside the shell, there are two main parts. The clear part is called egg white. The yellow part in the center is called the yolk. Both the yolk and the white provide food for a chick, as it develops inside the shell.

The hen sits on her egg to keep it warm. The shell protects the egg from breaking while the hen sits on it. When the baby chick inside grows big enough, it hatches.

One hen on a modern chicken farm can lay almost 300 eggs a year. Most eggs laid by hens do not get fertilized. That’s why they can’t grow into chickens. Farmers collect the eggs and sell them to stores. People buy the eggs and cook them for breakfast. Eggs are rich in protein. Your body needs protein.

WHY DOES A CHICKEN NEED A COMB?

Hens and roosters both have growths on their heads called combs. The combs are bright red. Roosters have bigger combs than hens. Different breeds (kinds) of chickens have combs of different shapes. Some combs are pointed, some are round, and some are V-shaped. It’s possible that chickens use their combs to tell each other apart. The comb also helps chickens shed body heat and keep cool. Chickens also have earlobes and wattles. Wattles are baggy growths that hang near their beaks.

A chicken is a bird. Like other birds, its body is covered with feathers. Chickens have legs and wings. A chicken’s wings are very small. Chickens cannot fly very far.

WHY DO CHICKENS LIVE IN COOPS?