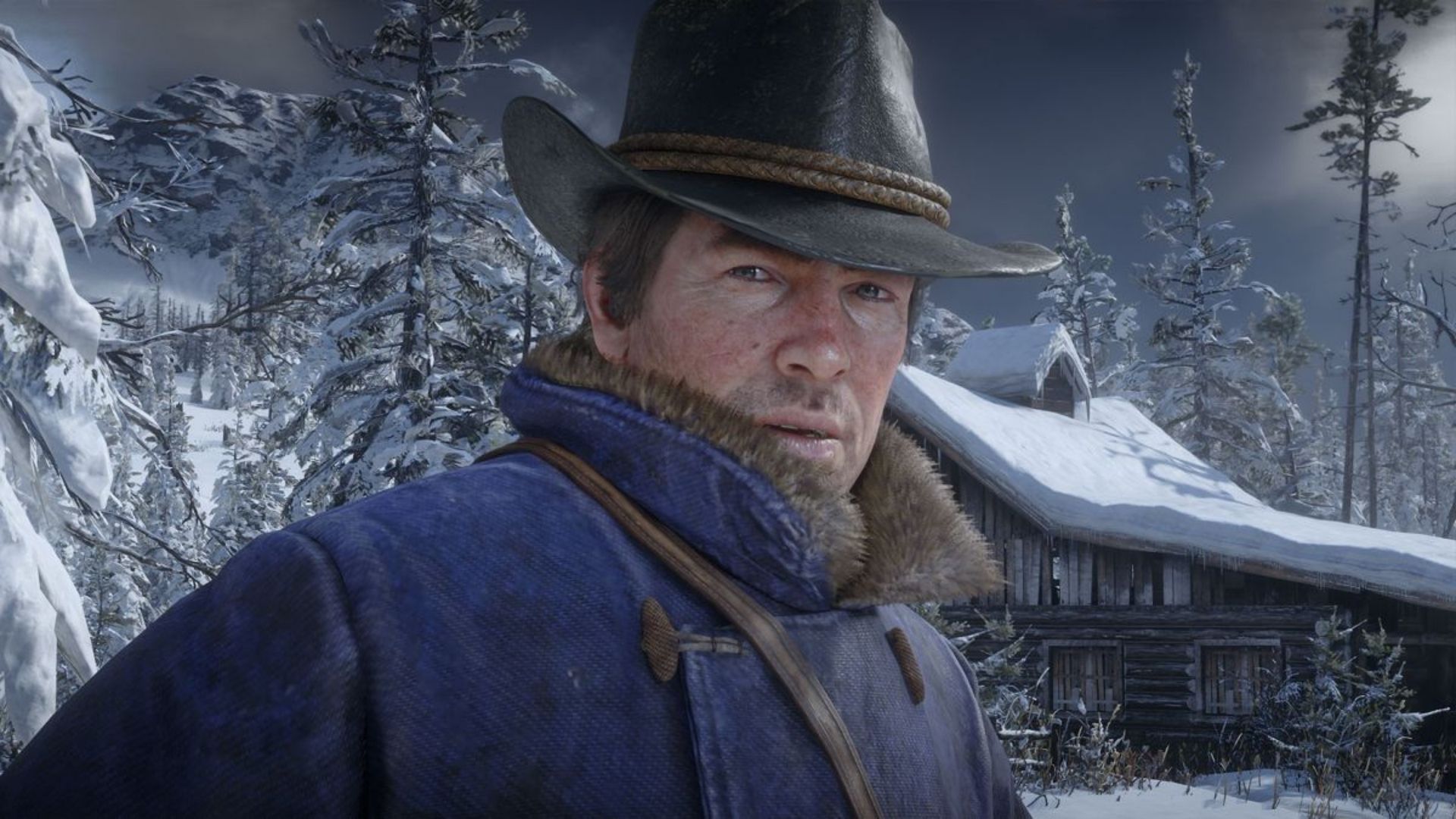 Life in the wild west was coming to an age of law and order and the remaining outlaws and gunslingers were being hunted by the law and the few gangs are running for their lives. We will meet Arthur Morgan, Dutch and the rest of the gang in their most dire moments when they are running away for their lives. With the law chasing them and the few rivaling gangs left, life for Arthur and his friends is far from its glorious past few years. Welcome to the first episode from English Plus Red Dead Redemption 2 Video Series. We will meet Arthur Morgan and his friend in this episode and we will share in their hardship, but that’s not all; we will learn a lot of English along the way, and there’s always more on the website to practice and take your English to the next level.

Now you will come across this ‘ain’t’ a lot in this series, especially because of the setting of story, but that doesn’t mean at all that you can’t use ‘ain’t’ nowadays. It is used probably as much as it was used in the past, if not more in certain situations, but the first question we need to answer is what does it mean?

Well, it does not have a meaning on its own, but people sometimes use ‘ain’t’ instead of ‘am not’, ‘aren’t’, ‘isn’t’, ‘haven’t’, and ‘hasn’t’. Some people consider this use to be incorrect, but not all people. However, one thing you need to know for certain about ‘ain’t’; it’s definitely not appropriate to use ‘ain’t’ in formal writing or speaking — ‘ain’t’ is definitely informal.

So, let’s see how you can use it instead of other ways of forming negative:

And now for the more important question, when is it appropriate to use ‘ain’t’?

Although widely disapproved as nonstandard, and more common in the habitual speech of the less educated, ain’t is flourishing in American English. It is used in both speech and writing to catch attention and to gain emphasis. It is used especially in journalistic prose as part of a consistently informal style.

In fiction, ain’t is used for purposed of characterization; in familiar correspondence it tends to be the mark of a warm personal friendship. It has also long been commonly used in popular songs, both for metrical reasons and for the informal tone it conveys.

And while I did say that it is flourishing in American English, it’s almost as commonly used in British English.

I hope you like the language tip for this episode, and trust me, there’s going to be a lot of ain’ts in this series, so you’d better get used to it.

The page you requested could not be found. Try refining your search, or use the navigation above to locate the post.